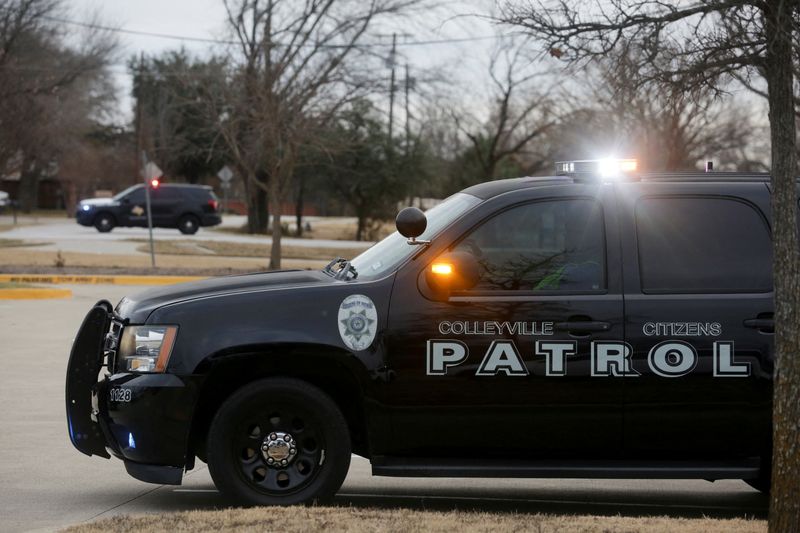 WASHINGTON (Reuters) – Worshippers invited a stranger into a Texas synagogue when he knocked on their door and offered him tea before he brandished a gun and held them hostage in a 10-hour siege the FBI called a “terrorism-related matter, in which the Jewish community was targeted.”

Rabbi Charlie Cytron-Walker, who was among the four congregants taken captive on Saturday, the Jewish sabbath, told CBS on Monday that he and others managed to escape after he threw a chair at the hostage-taker and then rushed for an exit door.

The FBI identified the man as Malik Faisal Akram, a 44-year-old British citizen.

“When I took him in, I stayed with him. Making tea was an opportunity for me to talk to him. And in that moment, I didn’t hear anything suspicious. Some of his story didn’t quite add up, so I was a little bit curious, but that’s not necessarily an uncommon thing,” the rabbi said.

The rabbi returned to prayer, after which he said he “heard a click – and it could have been anything – but it turned out it was his gun.”

One hostage was released unharmed after six hours of tense negotiations aided by the suspect’s family. The incident ended in gunfire with the suspect dead as members of an FBI hostage rescue team raided the synagogue.

It was unclear whether the gunman took his own life or was killed by members of the FBI team. The FBI said its Joint Terrorism Task Force was investigating the incident.

Cytron-Walker, the rabbi at Congregation Beth Israel in Colleyville, west of Dallas, Texas, said he drew on hostage training from the FBI to determine when to try to escape.

“When I saw an opportunity where he wasn’t in a good position, I made sure that the two gentlemen who were still with me, that they were ready to go, (and that) the exit wasn’t too far away,” Cytron-Walker said.

“I told them to go. I threw a chair at the gunman, and I headed for the door, and all three of us were able to get out without even a shot being fired.”

Police in England said they detained two teenagers for questioning in connection with the case.

Hate crimes targeting the U.S. Jewish community constitute over half of all religion-based crimes nationwide, the Anti-Defamation League said.