John Chester was tired of the big city life. After years of grinding it out as a documentary filmmaker, Chester, along with his wife Molly and their dog Todd, had decided to trade it all in for a fresh start as farmers by purchasing their own farm, Apricot Lane Farms, just outside of Ventura, California. While they were learning the ropes, Chester couldn’t resist the urge to document their story, and that is exactly what he did with his new film, “The Biggest Little Farm.” 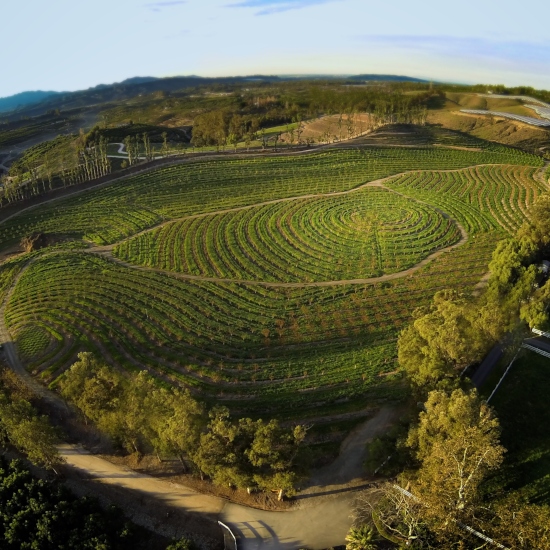 Over the course of eight years, Chester captures the ups and downs that he and Molly had encountered along the way. From pests, diseases and pesky coyotes, the Chester family had to learn on their feet in order to make sure their regenerative farm could thrive and operate to its full capabilities. Just as soon as things started to look their most bleak, John and Molly began to really understand that by being totally in tune with the purpose of each form of life on their farm, you can understand the functionality and positive reaction needed to create life. Or as John puts it in the film, “observation followed by creativity is becoming our greatest ally.”

The film is a refreshingly positive meditation on teamwork and perseverance as well as a reminder that sometimes the most beneficial ingredient toward growth is to be humbled by something bigger than yourself.

While neither John or Molly had any experience in the field, taking the leap toward growing crops and tending to animals such as sheep, pigs, chickens and cattle was a big undertaking, to say the least. But in Chester’s mind, if anyone was going to tell this story right, it would be him.

“There wasn’t really a conversation or a consideration to make a documentary at all. I had actually legitimately given up the business,” says Chester. “It was scary, but I was happy to move on from it. I had been doing it for 25 years and I felt like a lot of it had lost its meaning.  But the thing is, I’m a documentary filmmaker. So I knew that if I ever did tell a story about this, I would regret not having some of these moments captured. So I started amassing this stuff, begrudgingly. Until Year Five, when I saw the methods were returning biodiversity to the farm in a way that was starting to solve problems. Then I realized that I would probably be the only person to spend five years, which turned into eight years, inside the engine of a story and an ecosystem like this and capturing it in such a detailed and nuanced way. It was an opportunity that I felt obligated to do.”

The film perfectly captures the notion that all forms of life on this planet do their part in regenerating it and that it is our duty as humans to either stay out of the way or assist when needed. In another touching moment, John surmises this thesis perfectly when contemplating how animals decay into nutrients after they are deceased, “alchemizing death to life in one healthy clump of soil.”

So what was the biggest lesson that John and Molly Chester learned from their first decade of farming? For John, it was that patience can go a long way.

“The solution that we had that was replicable time after time was not a physical thing, nor a specific thing, but it was a way of viewing the problem,” explains Chester. “We had to recognize that when there was failure, there was great embarrassment. That great embarrassment often fueled this response, which was like a knee-jerk reaction to fix it, to cover it, to hide from that fear of embarrassment. We realized that actually what that was was the opportunity that signaled to us that we needed to slow down, not fix it too quickly, and take the problem apart. Try to clear your mind of the impending doom that it often felt like it was and look deeply at what fueled it and what were the biological regulators of that issue. Then, begin to, in small part, infuse tiny doses of those things toward that solution. Oftentimes that became a longstanding, more permanent solution to the problem.”

“The Biggest Little Farm” opens in select cities this Friday.

Check out the trailer for ‘The Biggest Little Farm’ below…