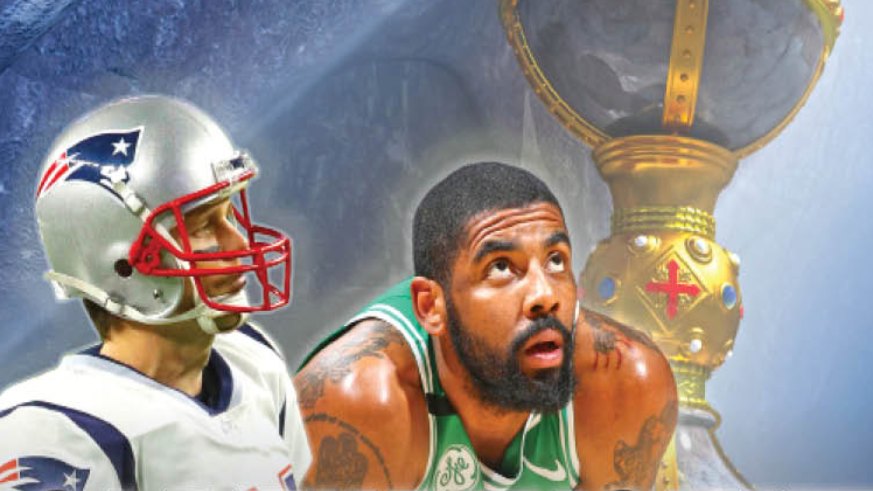 Had the ball not slipped through the raised hands of Asante Samuel 3,825 days ago in Super Bowl XLII against the Giants (not that we’re counting), this article would be drastically different.

We’re spoiled in Boston. I get it. But we always strive for better.

The definition of domination in American sports is a World Series crown, a Super Bowl title and either an NBA or NHL championship in the span of the end of October of one year and the middle of June in the next.

With the Red Sox currently owning the best record in baseball, the Patriots favored to reach the Super Bowl yet again, and the Celtics favored to represent the Eastern Conference in the 2019 NBA Finals – we could be preparing to enter the greatest sports stretch in the history of Boston. That’s certainly saying something considering what’s transpired in this city over the past 17 years.

In 2004-05 we got the first two down, with the Red Sox ending the curse in the Fall of 2004 and then the Patriots upending the Eagles in Super Bowl XXXIX in Jacksonville. But the Celtics were led by dudes like Raef LaFrentz and Ricky Davis at the time, nowhere close to a championship. The Bruins also had zero shot at winning it all in 2005 … well, because pro hockey did not exist that year due to the NHL lockout.

The eight-month stretch between the fall of 2013 and the spring of 2014 also offered up some promise of the Grail, but we again fell short. The Sox somehow captured the 2013 World Series with that unlikely John Lackey, Koji Uehara, Mike Napoli group and the Patriots (as always) were legit threats to win the Super Bowl. The Bruins were also thought of as serious Stanley Cup threats having just lost in the 2013 Cup Final to the Blackhawks. (The Celtics had just traded away Kevin Garnett and Paul Pierce and were in the early stages of their rebuild.)

But as we ultimately found out that Patriots team was still a year away from being a champion. That injury-laden group lost to the Broncos in Denver. It wasn’t until the next year that the Pats got back on track, toppling Seattle in the Big Game. Meanwhile the 2013-14 Bruins, despite winning the Presidents’ Trophy that season, flamed out in the second round to the hated Canadiens.

All of our teams – the Red Sox, Patriots, Celtics and Bruins – have won championships since the spring of 2008, and the Sox and Pats were winning titles in the handful of years prior.

But rarely have all four teams been great at the same time.

Boston remains the best sports city in America, no doubt. But the Holy Grail of pro sports remains elusive.

Fun facts: No North American city has ever won all four major sports championships in the same year. Detroit, however, won the MLB, NFL and NHL title in a remarkable six month stretch in 1935-36.