The easiest ways to graduate early - Metro US
Career

The easiest ways to graduate early The months after you graduate from college can be some of the most transformative of your entire life. While getting through your degree was its own battle, figuring out where you are going to land is a journey unto itself. While most students generally take all four years to fulfill their bachelor’s degree, many students find ways to speed up the process and start finding this out quicker by graduating early.

With the average school year for a private college at $32,000 and the average state school costing on average $12,500 per year, the prospect of graduating either a full semester or a full year early should be attractive to all students who hope to not be buried in student loans for the foreseeable future.

There are a few different ways that students can graduate early if they take the initiative early on in their college careers. 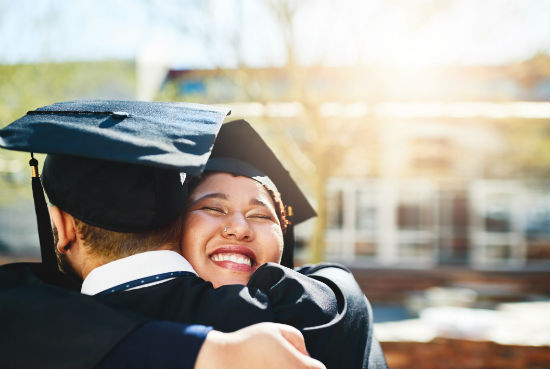 Graduate early by stacking your semesters

The simplest way to graduate earlier than your degree normally allows is to take more classes each semester than is generally advised. While the norm is that students should take 12 credits a semester to fulfill their bachelor’s degree, by taking one extra four credit course per semester you can earn a full semester’s worth of credits allowing you to graduate one semester early. By taking on this heavy a course load, it may cement yourself as a temporary resident of the school library. But, just think of all of the free time to get yourself in order by graduating a semester early?

While most degrees take a number of years to satisfy with most colleges and universities, some schools are starting to understand that giving up the amount of time that had been associated with going to college no longer makes sense for the majority of people in our country.

Many schools now offer what they call accelerated degree programs for this exact reason. These degrees can either be obtained on campus, online, or a mixture between the two that can help students to earn their degrees as quickly as within 18 months. This is perfect for those who try to balance their studies with the work they need to do every week to pay for this education.

Some schools also offer options where students can earn both their undergraduate degree and their master’s degree together in a much shorter program than enrolling in both for their full duration.

So why stay in school for longer than you have to? With these options, you can earn your degree and see what this big ol’ world has in store earlier than before.