The Foreman Forecast: Trump the illusionist – Metro US
Donald Trump

The Foreman Forecast: Trump the illusionist As a childhood fan of magic, I learned a short verse about an illusionist deceiving his audience with one trick after another: “And as they gazed the wonder grew; the more they saw the less they knew.” I’ve been thinking about it as President Trump has been rocked this week by negative headlines about the Russia investigation, his bromance with Vladimir Putin, the effects of his tariffs, his alleged affairs-coverups-and-payoffs, his former lawyer’s secret recordings, and the need for his press office to constantly change, edit, and correct what he has said.

His response to all this as he spoke to a meeting of military veterans, was like that of a great conjuror: “Just remember, what you’re seeing and what you’re reading is not what’s happening.” He could just as well have waved a fistful of scarves around as doves flew from his sleeves, because as a great many political analysts quickly noted, this was misdirection at the highest level.

After all, Trump did not say we should wait until the investigations are done and in the meantime no one – including the White House – should interfere. He did not say he wants all the facts made public about all these matters, so everyone can see his innocence. And he did not offer clear evidence to support his relentless claims of a vast conspiracy against him. (He also did not suddenly release his tax returns, but I digress…) 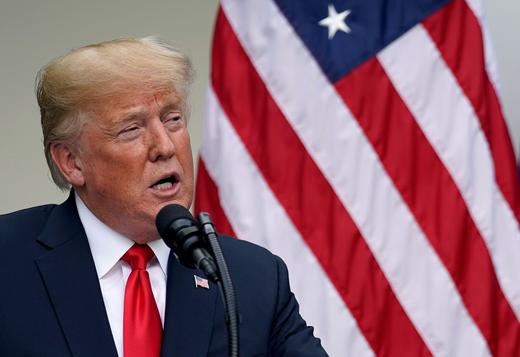 Trump just urged his followers to ignore anything that reflects badly on him. Presumably this includes his own words, because in all fairness many of this administration’s problems are the result of his own careless, incorrect, and deceitful statements. Yet polls suggest it is a tactic that could very well work. Many of President Trump’s most ardent fans have shown a strong tendency to take his word over virtually anything else they hear from other politicians, business leaders, judges, analysts, experts, and especially the media.

So as tactics go, why shouldn’t Trump give it a whirl? Because while I’m not saying whether the president’s policies are right or wrong, I can say this: if you convince your audience to close their eyes and ears to anything that might spoil the illusion of your omnipotent greatness, you no longer even need to hide the rabbit in your hat.