The Grumble: Seat hogs and space invaders on the subway - Metro US
Grumble

The Grumble: Seat hogs and space invaders on the subway Here at the Grumble, we consider ourselves connoisseurs of all things subway related. We’ve covered people playing their boomboxes on packed cars of people who could not care less and even people who eat pungent and ripe meals like it’s not a big deal what so ever. Don’t get us started on backpacks. But, what about those careless seat hogs who try to cram into spots that just don’t make sense at all. Well, our readers sent us their frustrations on this matter and we decided to run through it in today’s edition of the Grumble.

Seat hogs and space invaders on the subway 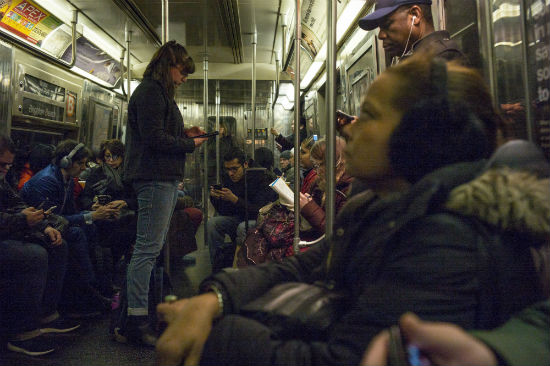 First off, you have your classic seat hogs who try to cram themselves into any sliver of a seat they can find no matter how uncomfortable they make everyone else next to them…

Why do people try to fit in seats on the train that they clearly know they can't fit in? Then they sit on the edge of the seat sometimes almost falling off. Then to top it all off, especially on a crowded train, they are now in the way of people being able to hold onto the pole overhead. So not only are they making those seated uncomfortable, they are now taking up space for one or two people to hold onto the overhead pole. That's one or two more people who could have gotten on the train. It's right up there with those who have huge backpacks. incredibly annoying!

And then there are those people who take it a step further and will cram their bodies into even the most packed trains. You know the ones. The people who will bump into you and use you like a human snowplow to compress the bodies already into the train to give them even the slightest amount of wiggle room for the two stops they are going.

Forcing yourself onto the train

Why is it that some subway riders feel the need to force themselves into the train before letting anyone exit? If the “forced entry” riders would let the others depart first there would be more room, less elbow throwing, nasty comments and eye rolling. We’re all in this together, so let’s show some common courtesy.

By Bernadette a "Commuter with dreams of a peaceful journey", Metro US reader

But then there are those who believe that becuase they paid for a fare, they are entitled to an open seat. Even if it is as wide as a number two pencil.

We paid for that seat.

Lisa C. started by asking a question; "Why do people try to fit into seats on the train that they clearly know they can't fit into"? Well, I'll tell you why Lisa. We PAID for the seat, if the people on either side are man-spreading, leaving their packages on the seat or being plain inconsiderate, they they better move a bit. We all live in NYC and understand a cramped subway car. Maybe the person has difficulty standing, but doesn't have an obvious disability. Even without a disability, remember they PAID for the seat. Too many people stand directly next to the door, blocking anyone that might attempt to stand in the area where a person is sitting on the edge of a seat. I've often sat down on an edge of a seat, and in 2 stops or less, have shaken, slide, nestled to the rear due to normal train jolts. No one has complained....except you. People that don't remove their backpacks take up far more room than a seat-edge-sitter. If you are not comfortable then stand, I'll gladly enjoy the room until someone else more understanding sits. 🙂 We all need to get along.

Well, Metro readers, where do you "sit" on the issue of seat hogs and space invaders on the subway? Are we all entitled to sitting space if it is available or should we respect people's boundaries and ... patience. Send us your thoughts to grumble@metro.us.