The Hot Topic in NYC Arts for Winter 2019 Is Democracy Heidi Schreck tells her family's story in What the Constitution Means to Me, coming soon to Broadway.
Joan Marcus

This seems to be the winter of American discontent, and museums and galleries across New York City are both challenging and celebrating the political principle at the very heart of our country: democracy.

What the Constitution Means to Me

Heidi Schreck paid for college by spending her teenage years by winning Constitutional debate competitions across the U.S. But it’s more than just a document, as she reveals in her play What the Constitution Means to Me. The personal stories of four generations of her family reveal what we do for the promise of America — her great-great-grandmother arrived as a mail-order bride from Germany — and the often stark reality — she died of melancholia. After two Off-Broadway runs, it’s transferring to the big time at the Helen Hayes Theater. Opens March 14, constitutionbroadway.com

She Persists: A Century of Women Artists in New York

The fundamental premise of democracy is the right to vote, but women weren’t granted that right until the 19th Amendment was ratified in 1919. On the 100th anniversary of women’s suffrage, the Gracie Mansion Conservancy has assembled She Persists, a group art show that brings together over 60 works by 44 emerging and established female artists working in New York City across 10 decades. Free to visit at the mayor’s home, the exhibit is named for Sen. Mitch McConnell’s now-famous attempt to silence Sen. Elizabeth Warren on the Senate floor, and includes paintings, sculpture, film, photography, craft and archival materials. Public tours on Mondays starting Feb. 4, nyc.gov 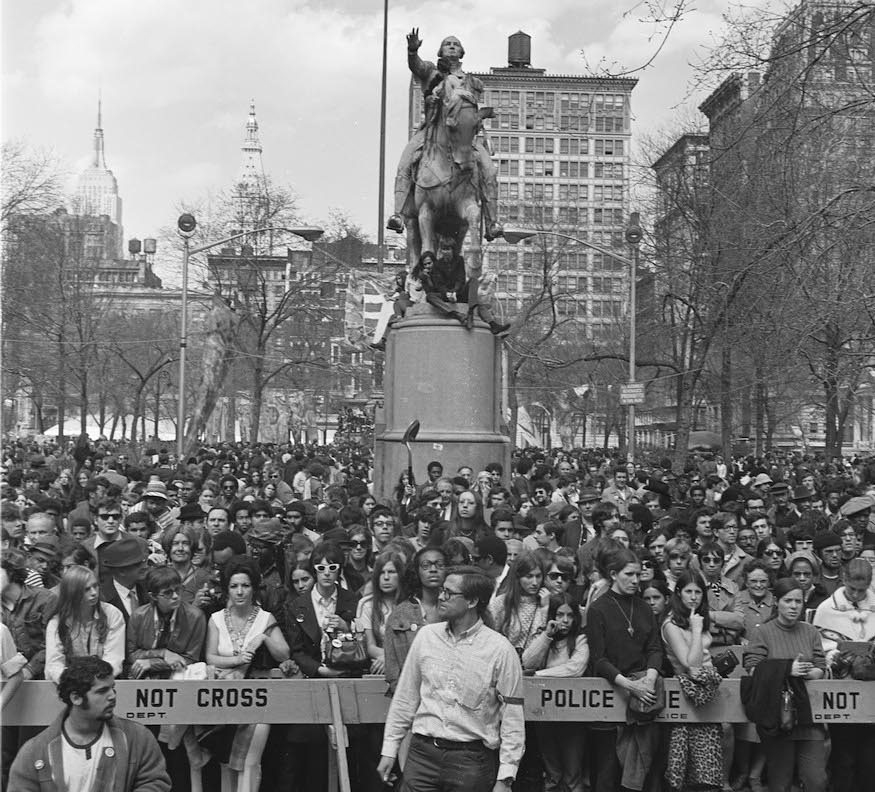 Power to the People

As some of the only truly public spaces in the city, New York’s parks have a long history of hosting demonstrations and protests dating back to the American Revolution. Central Park’s Arsenal Gallery looks at democracy in action with Power to the People, showing the many ways the people’s will has manifested. Artist visions of protests include paintings, mixed media and video curated by the Ebony Society, along with historical images, along with historical images from the NYC Parks archive. Through Feb. 28, free, centralpark.com

Faith and Empire: Art and Politics in Tibetan Buddhism

The First Amendment to the U.S. Constitution states, “Congress shall make no law respecting an establishment of religion, or prohibiting the free exercise thereof.” To look at what happens when religion meddles in politics, head to the Rubin Museum. The Himalayan art and cultural museum is tackling this issue in the first exhibit of its yearlong theme, Power, called Faith and Empire: Art and Politics in Tibetan Buddhism. Through more than 60 objects from the Seventh to the 19th centuries, Faith and Empire looks at Tibetan Buddhism’s influence on the empires of Asia and how politics, religion and art meshed and clashed. Opens Feb. 1-July 15, rubinmuseum.org

The political experiment that is democracy began in ancient Greece, starting with Cleisthenes. That “ideal form” has changed quite a bit through the centuries, and especially in the leap to modern-day America, all of which will be examined at The Public Theater’s Onassis Festival 2019: Democracy Is Coming. Because Greece was also the birthplace of theater, the annual festival of arts and ideas challenges the idealistic idea of power by and for the people through plays, music, talks and more — often in Joe’s Pub, because talking about freedom is always better with a cocktail in your hand — with artists and thinkers from both countries. April 10-28, publictheater.org