We’re three weeks into FOX‘s breakout series, and The Masked Singer episode 3 continued to deliver all the weird fun audiences have quickly grown to expect from the oddball singing competition series. In Wednesday’s episode, Joel McHale joined the judges’ panel — which includes Robin Thicke, Jenny McCarthy, Nicole Scherzinger and his former Community co-star, Ken Jeong — and the comedian was eager to get in on the action. With just 10 mystery singers left in the series, the night’s episode found the Lion, Deer, Peacock,  Unicorn and Monster all facing off. By the end of things, one more character was unmasked revealing one more masked singer to the crowd.

The Lion continued to roar on The Masked Singer episode 3

Joel McHale found himself settling right in, remarking, “I feel like I am already on drugs,” as The Lion took the stage for a second time. With signs like #CageFree and #FreePride included in her intro segment, along with footage of women’s rights protests, it’s very possible the person under the elaborate gold costume is a political activist of some sort. “I tell my pride, ‘You have to be strong and stand up for what you believe in,'” The Lion says in the prepackaged clip. After performing a rousing rendition of “Feeling Good” by Nina Simone, the judges seemed more stumped than ever. Jenny McCarthy suggested the woman under the mask was a professional singer, like former Destiny’s Child member Kelly Rowland but Nicole disagreed, asserting that The Lion’s real identity was an actress who could sing. After comparing The Lion to a “sexy belt buckle,” McHale suggests she’s actually Mary Poppins Returns star Emily Blunt. But while Thicke seemed stumped, Nicole guessed that it could be Hailey Baldwin (she’s Hailey Bieber now) because of the newspaper headline in her opening clip that read, “Gold Found in Hailey.”

The Deer’s second intro segment doubled down on the football theme. After saying his previous losses made him feel “off his game,” The Deer admitted to doing commercials “for things.” We saw more sports trophies in the segment and The Deer revealed that his talent lies in “throwing things.” After performing Florida Georgia Line’s “Get Your Shine On,” almost everyone on the panel guesses the man under the mask is some sort of athlete. McHale guessed it was Brett Farve, Thicke suggested Ben Roethlisberger and Nicole said it was Terry Bradshaw. To help our judges along, The Deer added that he got his start in track and field once again gave the hint that he’s really into horses.

The Peacock continued to dazzle on The Masked Singer episode 3

When it was The Peacock’s turn, the mystery showman gave a bunch of new clues to get the judges’ minds working. Admitting that he started off as a teeny bopper who made the transition into “some dramatic roles,” The Peacock revealed he has a terrible fear of heights. After he performed OneRepublic’s “Counting Stars,” the judges came in with a whole slew of crazy guesses as to who might be under the sparkly blue outfit. Nicole suggested it was David Hasselhoff, Joel guessed Neil Patrick Harris and Robin threw out two names: David Copperfield and Tom Jones. 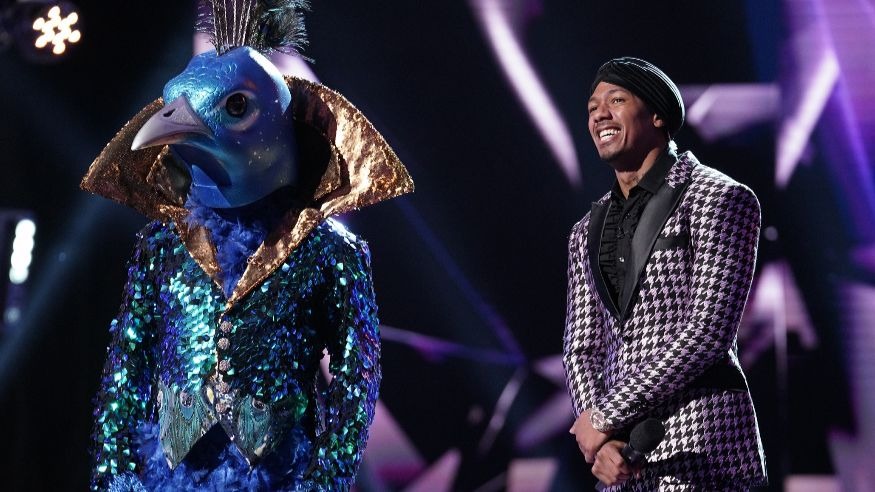 In her prepacked tape, The Unicorn dropped one significant new clue, saying, she lost her confidence after she “lost her sheen.” Once her performance of Brittany Spears’ “Oops!… I Did It Again” was over, Robin made the guess that it was new Real Housewives of Beverly Hills star Denise Richards since she was once married to Charlie Sheen, with whom she shares two kids, 14-year-old Sam Sheen and 13-year-old Lola Rose Sheen. Then, after The Unicorn said she was a gymnast “in the bedroom,” everyone else guessed Olympics athletes Gabby Douglas, Mary Lou Retton and McKayla Maroney.

The Monster threw The Masked Singer episode 3 judges a curveball

The new clues The Monster gave this week included an admission that he drove from the South in his “Caddy,” he apparently owns a money gun and he is “back in the swing of things.” With some New Years Eve imagery in his pre-taped segment, The Monster closed out the clip by saying, “It’s gonna be fire!” After singing Gavin DeGraw’s “I Don’t Want To Be,” Robin Thicke suggests it’s rapper Nelly, probably due to his reference to driving up in a Cadillac. But after he revealed a new clue, saying, “I like to keep my head in the game,” everyone pivoted to athlete guesses. Robin changed his guess from the “It’s Getting Hot in Here” rapper to former Yankees shortstop, Derek Jeter.

When all was said and done, The Deer came in with the lowest score and, therefore, was the newest Masked Singer to be unmasked. Before the reveal, the judges gave one final attempt at casting their votes. Robin, Nicole and Joel all suggested it was Terry Bradshaw, while Jenny McCarthy went with Peyton Manning and Ken Jeong guessed John Elway.

In the end, Robin, Nicole and Joel all proved themselves correct as The Deer revealed himself to be NFL Hall-of-Famer, former Pittsburgh Steelers quarterback Terry Bradshaw! The competition is surely heating up. What can we expect when more mystery singers take the stage next week? Aside from absurdist fun, your guess is as good as ours.

The Masked Singer airs Wednesdays at 9 p.m. ET/PT on Fox.