The Masked Singer: Who was the pineapple? FOX‘s new reality singing competition series The Masked Singer is as ridiculous as it is fun. Of course, this isn’t because the celebrity contestants are necessarily brilliant singers worthy of a new musical career. Rather, everyone loves tuning in to the latest reality TV craze because audiences have been given a task. They’re all trying to answer the question, “Who was The Masked Singer this week?”

Who was The Masked Singer’s singing pineapple?

During last week’s premiere episode, Pittsburgh Steelers wide receiver Antonio Brown was revealed to by the singing hippo. This week the beach-bound pineapple, who performed a laidback rendition of Gloria Gaynor’s “I Will Survive,” was ultimately chosen by panelists Jenny McCarthy, Nicole Scherzinger, Ken Jeong and Robin Thicke to reveal his or herself. The result? It was none other than comedian Tommy Chong. 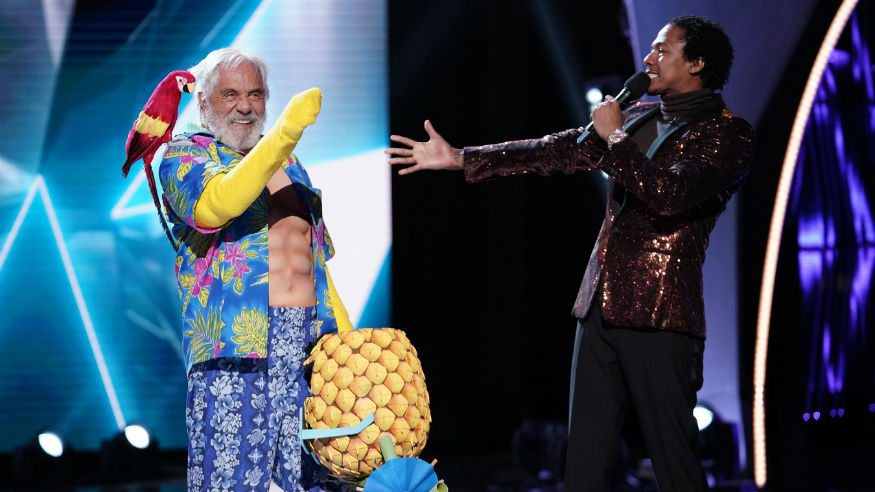 What did The Masked Singer have to say?

“I tried man, I tried, but it wasn’t in the cards,” Chong said in a behind-the-scenes video. “I’m like the rest of the audience. It’s fun finding out. I think that’s the genius of this show. You don’t know and the outfits throw you!”

As for the pineapple outfit and the persona that accompanied it, Chong said it “was closest to who I really am. I’m a Hawaiian shirt guy.”

In a subsequent interview with The Hollywood Reporter, the 80-year-old actor, writer and director explained that, “Any time you’re asked to be on a major show, the first impulse is to say yes. And then the second question is, ‘What do I do?’ When I found out that it was singing, it was a challenge… I love challenges.”

As challenging as The Masked Singer is, however, Chong’s public character is apparently so well known that McCarthy nearly guessed his identity following the performance. “Definitely Cheech [Marin] or Tommy Chong, but I’m going to go with Cheech,” she said during the judges’ final round of guesses before the reveal.

When does The Masked Singer air?

The Masked Singer airs Wednesdays at 9 p.m. ET on FOX.