The new Belfast is ready to welcome you - Metro US
Travel

The new Belfast is ready to welcome you

The smiling faces of the locals is where it starts in Belfast.

The friendly waitstaff, attentive bartenders and the charming strangers help make for a unique experience when visiting the capital of Northern Ireland. Belfast is a city with exceptional appeal and unforgettable sightseeing.

There is so much to see and do. From stories of the Titanic to medieval castles and modern museums, it’s no wonder why Belfast is one of Northern Ireland’s most exciting places to visit. 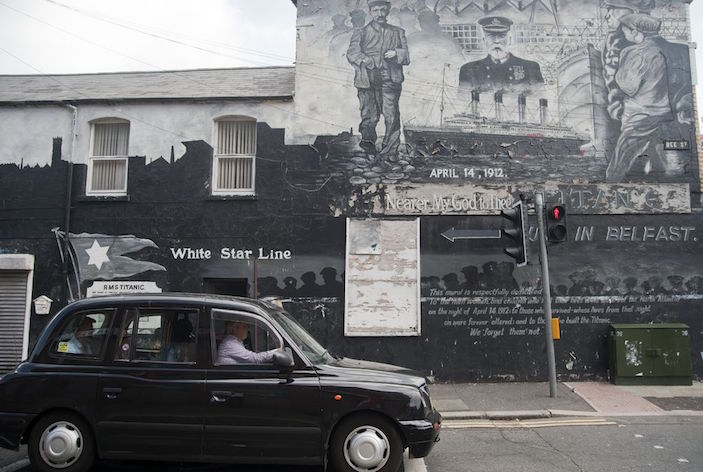 Taking a taxi in Belfast has a different meaning than boarding a cab in any other city, as entering a Black Cab doesn’t just take you from Point A to Point B. The vehicle allows visitors to embark on a tour of the beautiful and vibrant city. A local guide will tailor your tour, giving you the option of where you would like to experience most and offering a steady stream of unique commentary.

Political murals are a popular part of the ride. The rich, fascinating history of Belfast is explained, and you’ll have the opportunity to be part of that history by writing your own message on one of the city’s many peace walls. You’ll leave with a deep understanding of Belfast’s dramatic past as you relax in the tranquil present.

Pubs are a great way to relax in Belfast and there are so many to choose from. The Muddlers Club is the perfect place to start. Like many fine pubs in Ireland, the Muddlers Club has a rich history. The club was named after the secret society that met at that location more than 200 years ago. 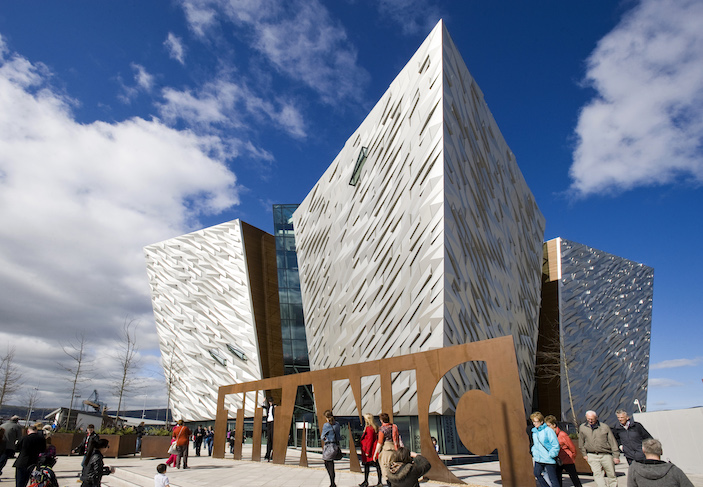 Birthplace of the Titanic

Along with the many things to do and see in Belfast, the city is also famous for being the birthplace of the RMS Titanic just over a century ago. The fascination with the “unsinkable” ship’s demise has never faded even 20 years after James Cameron’s classic film Titanic hit screens.

It’d be a shame for those visiting Belfast to leave the city without experiencing the Titanic Quarter and Titanic Belfast, the largest Titanic visitor experience in the world and home to a number of original Titanic and White Star Line artifacts. There are nine different interactive galleries with multiple dimensions in the exhibition and the special effects, interactive rides and full-scale reconstructions approximate what it was like to be part of the Titanic. Visitors can also walk the decks of the nearby SS Nomadic, which is the world’s last remaining White Star vessel and explore the shipyard where the Titanic was built. More than 100 years of maritime and social history is there for those fascinated by the White Star Line.

Take in the views

After experiencing the Titanic, check out the views from the Belfast Castle Estate. You’ll have a breathtaking view of Belfast Lough (bay) and the entire city.

Immerse yourself in the history and beauty of Belfast Castle, constructed by the third Marquis of Donegall who decided to build a new house on the lower slopes of Cave Hill in 1862. The building is in the striking Scottish Baronial style and during the Second World War, it was used as a naval command center. After an extensive renovation, the building was reopened to the public 30 years ago.

The grounds are gorgeous. There are a number of landscaped gardens, mature mixed woodlands and the home of a variety of wildlife including long-eared owls and sparrowhawks.

Castle aficionados will not want to miss Carrickfergus Castle, which has a much more extensive history than Belfast Castle. Construction of the castle commenced during the 12th when a royal mandate was passed to ensure that the castle and its buildings were to be maintained and protected. The nearly 1,000-year-old castle (construction began in 1177) is one of the best preserved medieval structures in Northern Ireland.

Music in the Garden

You don’t have to be a botanist to fall in love with the gorgeous grounds of the Belfast Botanic and Horticultural Society, which opened in 1828. The 28-acre public park features the unique Palm House Conservatory, which is one of the world’s earliest examples of a curvilinear cast iron glasshouse.

The once private park, which is filled with lilies and xanthorrhoea, also hosts concerts. Kings of Leon, the White Stripes and Irish icons U2, have played the Botanic Gardens. Bono has said that it was one of the most beautiful venues U2 has ever played in its 30-plus-year career.

For some of Belfast’s even more eclectic performances, October visitors to the city will be treated to a variety of acts and performances at the Belfast International Arts Festival. Engaging and cutting-edge visual arts, music and dance bring the city’s architectural marvels and historical venues to life at a pulsating speed.

Those fascinated by architecture should check out Queen’s University, established in 1810. The college features a number of aesthetically pleasing structures, such as the Lanyon Building, the school’s main building. Charles Lanyon’s dramatic design effectively borrows from the Gothic and Tudor character of the great medieval universities, and in particular from Magdalen College, Oxford.