The New York Philharmonic wants to be the people’s orchestra For an institution named the New York Philharmonic, the orchestra feels it could be more relevant to the city it calls home.

The orchestra’s 177th season begins on Sept. 20, and with it come new programs to appeal to younger concertgoers and commissions that engage with our modern world. It also serves as an official introduction to the Philharmonic’s new music director, Jaap van Zweden, though he already has a special connection to the city: van Zweden was once a student at Juilliard. 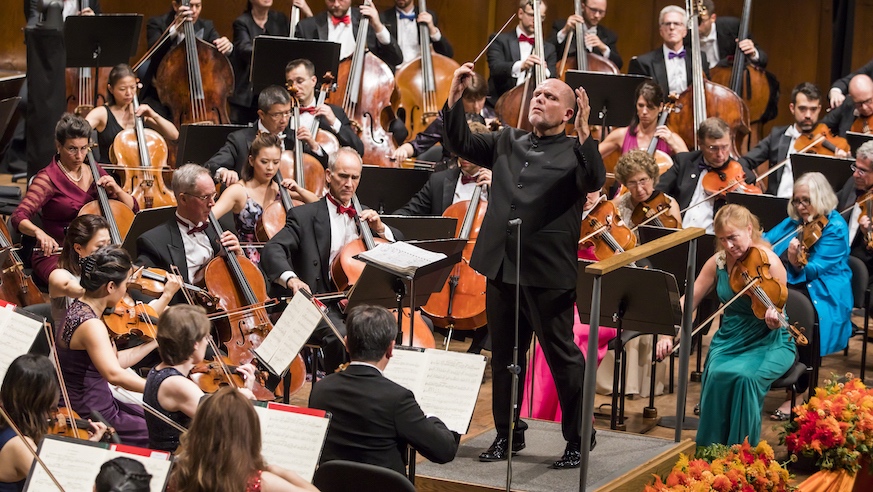 Meet the new chief of the New York Philharmonic

The Philharmonic welcomes a new music director this year in Jaap van Zweden, a Dutch conductor (and violinist) whose first stint as concertmaster came at just 19 years old. Since then, he’s worked with orchestras from Shanghai to Munich and, most recently, Dallas.

He’s earned a reputation for his ability to revive the classics; at a presentation by the Philharmonic of its new season, he seemed equally eager to present works by the rising composers of today: “I look forward to connecting to our vital public and to honoring our traditions while establishing new traditions for the future.”

Taking music out of the orchestra

Making a commitment to new composers requires bringing them to audiences in more modern settings outside the symphony hall and giving listeners new ways to engage with them. Following select performances, the audience can join composers for a Nightcap: late-night concerts inside the Stanley H. Kaplan Penthouse of Lincoln Center that mix conversation and storytelling — plus cocktails and socialising.

Musicians get their moment in the spotlight too during Sound ON chamber concerts inside the Appel Room at Jazz at Lincoln Center overlooking Central Park. The mixed performance/Q&A session lets Philharmonic players explore the pieces that confound or delight them and break down the music for the audience.

In tune with the world

Whoever first said the phrase “may you live in interesting times” probably didn’t mean for 2018 to take it so seriously. As our world roils with political and social strife, the Philharmonic is becoming part of the conversation in a positive way. “New York is a city of immigrants, that’s our pride and our strength, and we wanted to have a musical discussion of how they’ve helped build our city,” Borda says.

Among the notable new commissions by the orchestra is Fire in My Mouth by Julia Wolfe based on the 1911 Triangle Shirtwaist Factory fire, which also features projection design using photos and other archival material (Jan. 24-26, 2019).

The season will conclude in May-June 2019 with a series of performances called Music of Conscience featuring pieces works by political upheaval and social issues, most notably John Corigliano’s haunting new opera about the AIDS epidemic of the ‘80s.

The Philharmonic will continue to make room for mainstream fare like the popular Art of the Score series, where the orchestra performs live accompaniment to films like 2001: A Space Odyssey.

Strapped for cash? One of the best kept secrets of the city’s music scene is the Philharmonic’s Open Rehearsals, usually held the morning of the first night of a performance when tickets are $22 to sit anywhere in the orchestra and experience the entire performance while getting a behind-the-scenes look at how it’s fine-tuned.