The Path Season 4: Is the Series Renewed? - Metro US
Television

The Path Season 4: Is the Series Renewed? Aaron Paul in The Path. Hulu

The Path Season 4 — is it real, or nah? The series, which stars Aaron Paul as Eddie Lane; Michelle Monaghan as his wife Sarah Lane; and Hugh Dancy as Cal Roberts, follows a family at the center of a controversial cult movement, as they struggle with relationships, faith and power. Each episode of The Path takes an in-depth look at the gravitational pull of belief and what it means to choose between the life we live and the life we want. Which is to say: Cults are super in right now!

Here’s what we know about the fourth season of the Hulu series.

Unfortunately, news broke that The Path would not be renewed for a fourth season, and that the third season would be its last. Variety confirmed earlier this week that Hulu had cancelled the series after three seasons. Series creator Jessica Goldberg said in a statement, “While it’s sad that The Path is ending, I’m brimming with gratitude and pride. It was a gift to be able to tell challenging and emotional stories for three seasons in this very strange and unique world. “The caliber of talent and passion everyone who worked on this show brought – from my partners Jason Katims and Michelle Lee, the execs at Hulu, the writers, actors, directors, designers, and crew – was something to behold, and for which I’m very thankful. Thanks, Hulu and Universal Television, for taking a shot on this show — it was a life changing experience.” 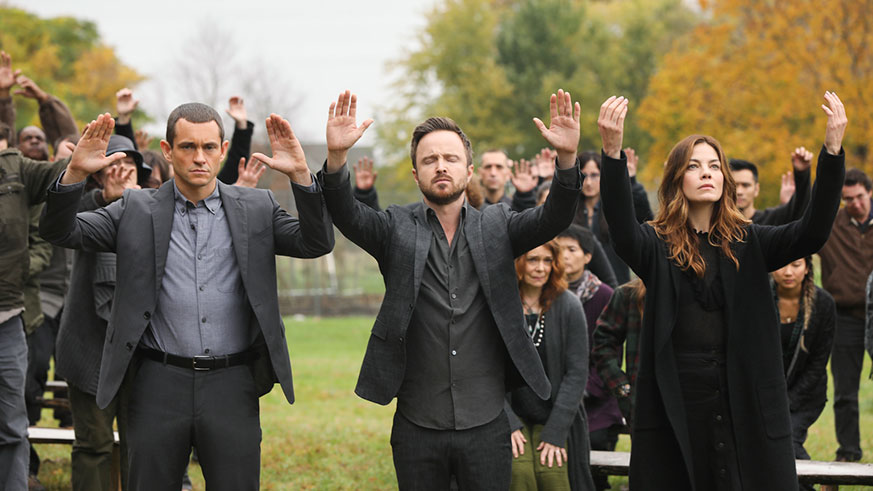 Actor Paul, who played the drama series’ lead character, took to Twitter to share his disappointment for the series’ demise, and gratitude for being able to work on it.

Sad to say that The Path has ended. Can’t thank @hulu enough for making this happen for all of us. What a gift these past three years have been. To everyone who tuned in for these three beautiful season…thank you. We appreciate your love and support. Love and light. ?

“Sad to say The Path has ended,” he wrote. “Can’t thank @hulu enough for making this happen for all of us. What a gift these past three years have been. To everyone who tuned in for these three beautiful season… thank you. We appreciate your love and support. Love and light.” He concluded his statement with an eyeball emoji, which feels appropriate.