The Walking Dead: Why did they kill off Carl? - Metro US
Television

The Walking Dead: Why did they kill off Carl? OK OK, so even though he’s not officially dead yet, The Walking Dead has been pretty clear about the fact that Chandler Riggs is really, truly leaving the hit AMC show. The choice, a decided turn from the comic books, has left tons of fans wondering, why did they kill off Carl?

Wait, did Carl die in The Walking Dead?!

Brief recap (and spoiler alert if you aren’t caught up on the most recent season of The Walking Dead): Despite heroically distracting Negan, which allowed many of his fellow survivors to escape unscathed, Carl came out of the huge, dramatic stand-off with a walker bite — and we all know that’s a death sentence.

So, technically, yes and no. Yes, the show has confirmed that Carl will die from this walker bite. No, they have not yet aired the episode in which we actually see Carl’s death, but that should come during the midseason premiere, which is scheduled to air later this February. For the purposes of the show, yes, Carl is very much dead.

Why is it such a big deal that Carl dies in The Walking Dead?

If you’re a fan of the AMC show but haven’t read much of the comic book series, you might not understand why everyone’s so shocked by this turn of events. After all, he’s not even the first person in Rick’s family to get the ax.

But in the comic books, Carl takes over as leader in place of Rick. For a small screen series that has tried to balance being independent from the comic book series with staying true to the original upon which it’s based, that’s one giant departure. Readers-turned-viewers of The Walking Dead were also thrown off by producers of the AMC series, who crafted a couple episodes to look like Carl was indeed going to take over as leader. Essentially, they pulled a bait-and-switch on the people who hopped from the comic series to the TV show. 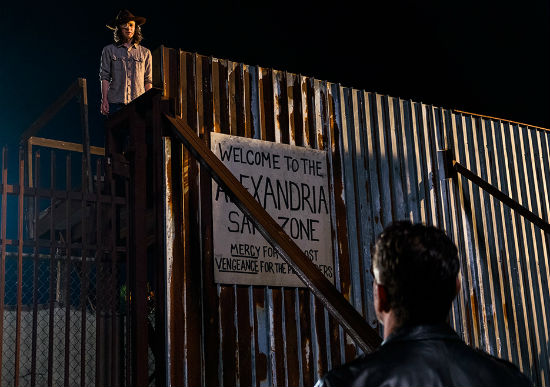 In particular, fans cite the AMC episode in which Carl goes through Rick’s action almost frame-by-frame from the very beginning of the series in which his dad confronts a walker at an abandoned gas station.

So, why did they kill off Carl?

Although killing off Carl forces the TV show version of The Walking Dead to essentially scrap most of what comes up in the comic books instead of tapping it for inspiration, Robert Kirkman, the creator of The Walking Dead who’s still writing the comics and for whom Carl is still very much a living and breathing character, told Entertainment Weekly that he’s on board with the death on the small screen. But what swayed him was finding out where producers were intending to take the show.

“I might have had a little bit of trepidation,” Kirkman, who’s also executive producer of the AMC show, told Entertainment Weekly of the first time Scott M. Gimple (the showrunner) brought up the idea of killing off Carl to him. “But once he laid out to me exactly what his long-term plans were, and the things that come out of it, and the things that it leads to, it was something I got on board with.” 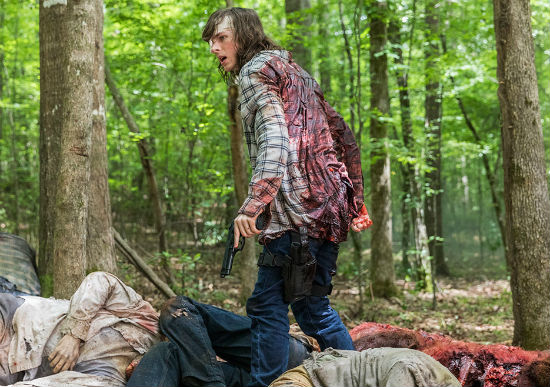 So it seems like the answer to the question why did they kill off Carl boils down to the fact that no one, no matter how established of a character, is safe on The Walking Dead, and everyone had a plan for moving forward with a post-Carl show. Kirkman makes two arguments about Carl’s death on the show: firstly, that such a big death is essential if they’re trying to stay true to what’s so addictive about the series in the first place. “We’re not supposed to be happy when these characters die,” the creator told EW. “We are supposed to be worried about what comes next, and anticipating what comes next, and stressing about what comes next.” Mission accomplished, guys.

His second argument is that, despite Carl’s presence in the comic books, there are huge events in The Walking Dead’s future that don’t require the boy-turned-man. “[W]e have known these story lines have been coming for years,” Kirkman explains. “There are plans in place to make it all work. The loss of Carl doesn’t necessarily mean that we’re going to be losing big swaths of the comic book story. It means that there will be some differences to them.”

But, don’t worry, fans. Everyone behind the show is well aware of how much pressure they’re under to prove killing off Carl wasn’t a death sentence for the series. “The goal is that those differences [in the script] will be as exciting to the audience as they are to me,” Kirkman detailed. “Our job is to now pay that off and fulfill that interest, and prove that this was a decision worth making. That’s what we’ve got to do.”

Find out whether they can do that when The Walking Dead season 8 midseason premiere, which will be Chandler Rigg’s last hurrah as Carl, airs on February 25.