Science has shown that long-married couples do, in fact, start to look like each other.

But develop identical signatures? That’s a new one.

Throughout the presidential campaign and right up to this minute, Donald Trump and those close to him have shown an unprecedented commitment to innovation when it comes to the bizarre.

So perhaps it’s par for the course that this week, the first lady revealed that her signature is remarkably similar to her husband’s. Not that she signs off with “Cheers” or that her email signature is shimmery gold Akzidenz Grostek — her actual penned signature.

Donald Trump has displayed his own signature frequently in the first hundred days, holding up his signed executive orders for Oval Office cameras like the world’s sternest librarian. It’s a distinctive spiky — dare we say — wall. Actually, it’s more like a fence. 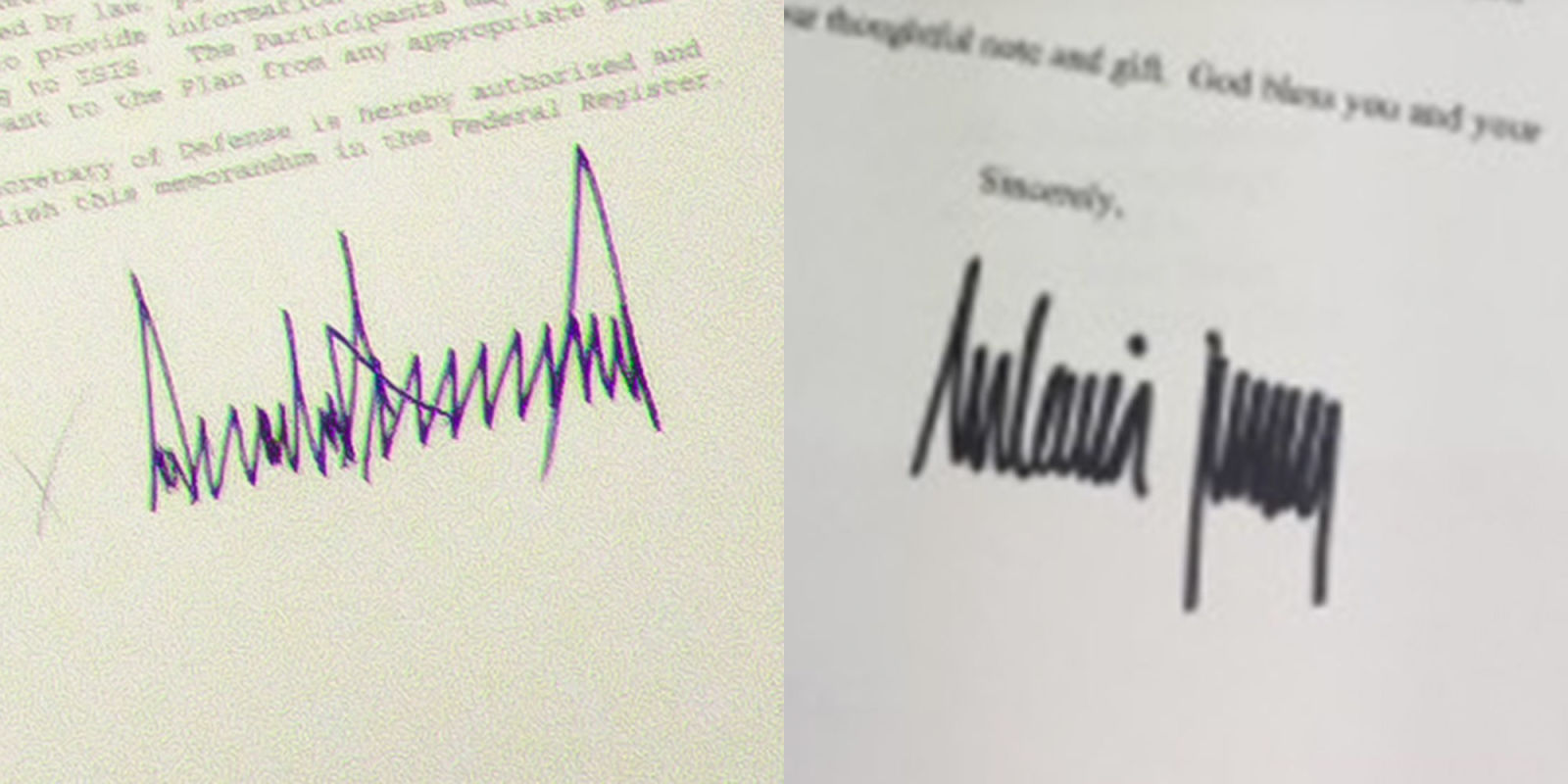 @flotus
Dear Melania,
Thank you for your sweet note.
It is heartwarming to see you
manage your position with such beauty and grace.
Pamela pic.twitter.com/h9mmdqxp0h

Eagle-eyed observers and handwriting experts seized on the obvious similarities between the first lady’s and president’s signatures.

Yahoo spoke with handwriting analyst Sheila Kurtz, who said, “Hers looks just like his, which is absolutely amazing.” Kurtz theorizes that someone served as Melania’s Pygmalion of penmanship: “This is stylized. Maybe they brought someone in to show her how to do it or [it’s] a stamp, but it is definitely stylized.”

Kurtz added that the signature reflects Melania’s private nature. “When someone writes, and you can’t really read what they’re writing, they don’t want you to read them at all. The first [letter], where it goes up into a point, that’s pretty sharp and direct and gets right to it. The downstrokes — those two lines in her last name — those are very sharp… [Melania is] a sharp thinker, a fast thinker, and picks up information quickly.”

As for Trump’s signature, Kurtz said, “It’s so blocked up with ink. Picture your blood vessels being blocked and your blood wasn’t allowed to flow — this is what it would look like…The tallness is the vanity.”

Kurtz went on to say that her company has analyzed the signatures on the Constitution. She brings this up because: “No one writes with as much vanity as he has.”