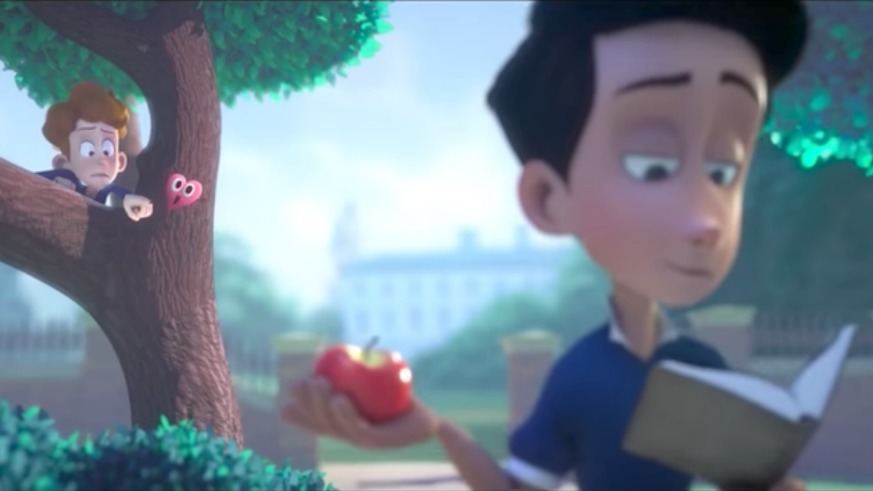 Amazing graphics. Inspiring characters. A poignant message. Did we mention perfect hair all around? An all too real situation for millions of students around the world, this wordless trailer for the In a Heartbeat short film captures all the feels in a seriously moving way.

The In a Heartbeat short film was created by Beth David and Esteban Bravo. Based on the impressive skills involve, you may assume they are big shot producers at Disney, but you’d be wrong. The duo are actually students at Ringling College of Art and Design, and the short film is their senior project. In May, they released an initial ‘In a Heartbeat’ trailer (watch below) that already has 1.7 million views — and counting.

According to the YouTube description for the latest In a Heartbeat trailer, which already has 5.7 million views, the scene depicts “a closeted boy runs the risk of being outed by his own heart after it pops out of his chest to chase down the boy of his dreams.” The trailer was released on July 31, and is currently sitting at #13 on Trending on YouTube; talk about a massive viral sensation.

In addition to directing credits going to Beth David and Esteban Bravo, lots of other talented folks were involved with this short animated film. Music was done by Arturo Cardelús and sound design by Nick Ainsworth. The faculty advisor was Sean McLaughlin and prepro instructor Paul Downs. Production Manager for the In a Heartbeat short film was Lara Arikan and voice talent by Nick Ainsworth and Kelly Donohue (so perhaps there will be dialogue?!). The credits also give a special thanks to a long lists to others involved in this incredible animated marvel.

If these short clips are indication of the greatness to come, man, do things seem promising for these talented directors. We’re so excited to see the full animated film!