This documentary isn’t even out yet, but it’s already changing birth control - Metro US
Health

This documentary isn’t even out yet, but it’s already changing birth control “People think pharma’s got power,” journalist Jim Spencer says in the documentary The Bleeding Edge. “No no no, the medical device industry has much more power than pharma.”

As it turns out, filmmakers have power, too: Bayer announced that it was pulling the birth control device Essure from the market, just ahead of the documentary’s July 27 debut.

And for good reason: The device — a metal coil used by women as an alternative to tubal ligation — is heavily profiled in the film, and not in a good way.

What is The Bleeding Edge about?

In The Bleeding Edge, Academy Award-nominated filmmakers Kirby Dick & Amy Ziering take a deep dive into the profitable — and seedy — world of medical devices where it seems that patient safety takes a back seat to profits. 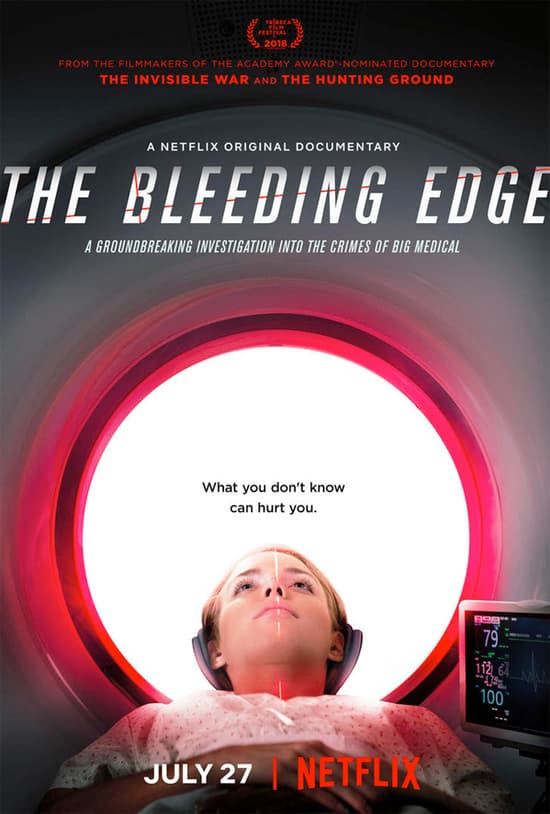 The film follows the stories of five people who experienced serious — and even life-threatening — consequences after medical devices were implanted into their bodies. One of the patients, an orthopedic surgeon, received a hip implant that disintegrated in his body and damaged the surrounding tissue. Another woman, in her 40s, had a transvaginal mesh implanted after the birth of her daughter, but the mesh adhered to her organs, causing severe pain and bleeding. Getting it out was even worse.

Watch the trailer for The Bleeding Edge

The controversy about Essure

The other three women profiled in The Bleeding Edge had the Essure device inserted. The device — like some IUDs — is designed to trigger inflammation in the fallopian tubes which, in turn, causes them to scar and seal shut.

In 2017, Bayer told The Washington Post that more than 750,000 Essure devices had been sold around the world and sales “continue to grow.”

But as the Post points out, the U.S. Food and Drug Administration has received more than 16,000 reports about adverse events related to Essure — and it’s illegal in many other countries outside the United States.

The reason: Women — like the three profiled in The Bleeding Edge — experienced problems when their Essure devices broke and migrated to other parts of the reproductive system, causing neurologic disorders and autoimmune diseases.

Bayer pulling Essure from the market before The Bleeding Edge premieres is “a gratifying affirmation of the power of documentary,” the filmmakers said in a statement released by Netflix.

“This is exactly why we do this work: This film has already changed policies and changed history.”