‘This was a scary book for me to write’ 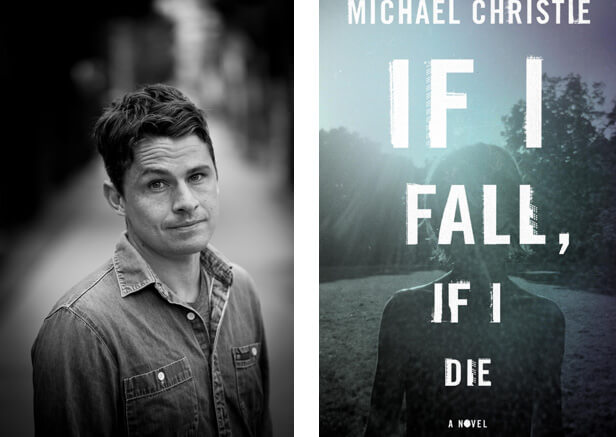 It took over four years for Michael Christie to write his new novel, "If I Fall, I
Dylan Doubt

Former professional skateboarder-turned award winning writer Michael Christie has book critics everywhere fawning over his debut novel, “If I Fall, If I Die (out Jan. 20). The protagonist is 11-year-old Will, who is fiercely close to his agoraphobic, mother. While his mom fears the outside world, Will is pulled toward it — especially when he discovers skateboarding — and the result is a heartfelt story of their relationship. The novel hits close to home, as Christie’s own mother was agoraphobic. Here, we talk to him about the 4-year emotional process of getting Will’s story down on paper.

Writing requires a lot of energy, but it’s a totally different type of energy than skateboarding.

I think everything [in life] prepares you for something else, in some way. Skateboarding requires a sort of obsession. I think I just transferred that obsession from skateboarding to writing. It’s all very self-directed, too. In skateboarding, there’s no coach. There’s no field. It’s just you. You have to decide what to do and what you’re capable of. Writing is the same way.

How much of the book is fiction and how much is from your life?

A lot of the stuff in the book is different, but the emotional core of the book, which is this relationship between a mother and son that is maybe a little too close but is also kind of wonderful, that’s very much the biggest relationship in my life, other than with my wife.

Did anything unexpected happen while you were writing it?

Yeah, I think if nothing unexpected happens while writing, then maybe you’re in trouble. I didn’t think you could write about skateboarding in a literary novel and connect with it. There’s no movie, book or art about skateboarding that’s actually good, so I was very wary of putting skateboarding in the book. But as I was doing it, I was like, is Will going to take up skateboarding? Is he going to do it? I think he is. I think I found a way to do it. … It was a scary book for me to write in many ways. I took a lot of emotional risks while doing it.

This isn’t a traditional coming of age story, but it is still about coming of age. What do you think it means to grow up?

I think for everyone, there is a dramatic progression where you grow up in relative safety and we venture out, we get hurt, but we learn and grow that way. Growing up, there’s a lot of facing fear, getting anxious and surviving things. That’s what I wanted to capture.