Toys’R’Us is returning to Times Square 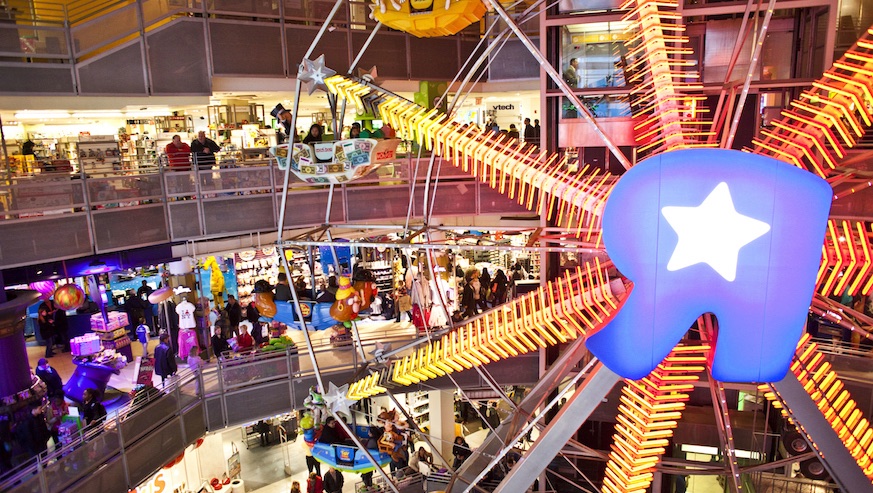 After nearly two years of having only life-size action figures and cartoon animals in Times Square, kids can once again buy the toy versions when Toys“R”Us returns to its iconic neighborhood.

The new 35,000 square-foot store will be located a few doors down from the original play palace at 1466 Broadway, inside the historic Knickerbocker Building. The store will open “in time for the holiday season,” which is somehow code for Aug. 26. Hey, Halloween starts on Aug. 25 at Disney! The store will be open from 9 a.m. to 11 p.m. daily.

In addition to three floors of toys that “meet the needs of city shoppers,” according to a statement from Toys“R”Us, there will be a playspace for kids where they can play with their new swag as well as demo new toys.

While it’s not the original Toys“R”Us emporium at 1514 Broadway, a vast 101,000 square feet with an indoor Ferris wheel that closed in December 2015 after its rent doubled, the pop-up shop will nod to its grand past with a scaled-down version of the animatronic dinosaur and other “interactive and life-size toy displays.”

New York’s other iconic toy store, FAO Schwarz, also packed up the oversized piano keys made famous by Tom Hanks in the movie “Big” at its 767 Fifth Ave. store in May 2015.

Here’s what you’ll find at the pop-up shop:

Lower Level: Anything on wheels, you’ll find here, from bikes and scooters to R/C and Hot Wheels cars, as well as action figures.

Level One: The original location’s individualized shops-within-the-shop kept the store from feeling like a giant maze of shelves. The new store recreates this with zones like Movie HQ (tie-in products from upcoming blockbuster films), Hot and New (the trendiest toys for the holidays), “Star Wars” and Marvel merchandise, New York City memorabilia, and electronics and video games.