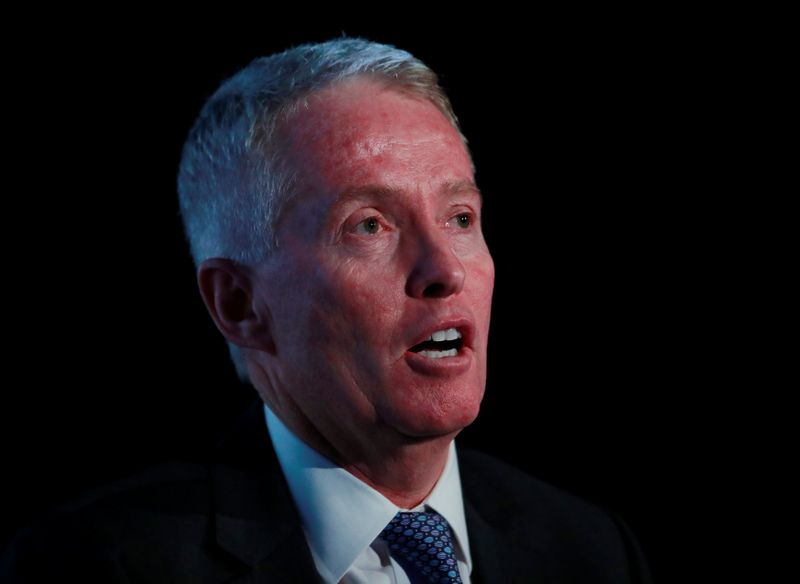 SYDNEY (Reuters) – The Australian Open will only go ahead in January if agreement can be reached with local authorities to allow players to practice while they undergo quarantine in Melbourne, tournament director Craig Tiley said on Thursday.

Tiley is confident the Grand Slam will go ahead but conceded that the ATP Cup and warm-up tournaments might need to be switched to Melbourne if the borders between Australia’s states remain closed because of the COVID-19 pandemic.

Melbourne remains locked down after a second spike in cases of the novel coronavirus and everyone arriving in Australia must currently quarantine for 14 days in a hotel at their own expense.

Variations have been allowed in some states to allow sports teams to train while in isolation and Tiley believes something similar will be essential for the Australian Open to go ahead.

“If a player has to quarantine and be stuck in a hotel for two weeks just before their season, that won’t happen,” Tiley told Australian Associated Press.

“You can’t ask players to quarantine for two weeks and then step out and be ready to play a Grand Slam.

“We completely accept that everyone coming from overseas has got to have two weeks in quarantine,” he added.

“What we are negotiating, or what we’re trying to have an agreement on, is that we set up a quarantine environment where they can train and go between the hotel and the courts in those two weeks.”

Tiley has always said that flexible planning via various graded scenarios would be the key to getting the tournament up and running as long as the global health crisis continued.

He has revised his expected crowd numbers from the 50% he predicted in August down to a likely 25% of the normal number of visitors to Melbourne Park — roughly 100,000 people.

The $15 million ATP Cup, a joint venture between the men’s tour and Tennis Australia (TA), debuted last year at the heart of a rejigged Australian Open warm-up schedule, which also included women’s events in Adelaide, Brisbane and Hobart.

Tiley, who doubles as TA chief executive, said holding the ATP Cup over three cities would be impossible if state borders remained closed and is hoping the improving health conditions would lead to a relaxation.

“We’re getting to crunch time now. We need commitments from the governments and the health officers,” he said.

“We need to kind of know in the next two weeks, maybe a month, that this is what can happen: borders are going to open and then we can have a multi-city event.

“If we cannot have a multi-city event, we’ve got to reconsider everything.”

(Reporting by Nick Mulvenney, editing by Editing by Peter Rutherford)