Just one day after saying he doesn’t believe Russia interfered with the 2016 U.S. elections, U.S. President Donald Trump back-peddled on his support of Vladimir Putin, now saying that he misspoke and accepts the American intelligence community’s conclusions on Russian meddling.

President Trump told reporters at the White House that he misspoke Monday when he said the opposite during a summit with Putin in Helsinki, the AP reported. Instead, he told media, he meant to say that he doesn’t see why Russia “wouldn’t” be behind the interference. Though he reportedly said he accepts U.S. intelligence conclusions regarding Russia’s meddling, he denied any collusion by his campaign. 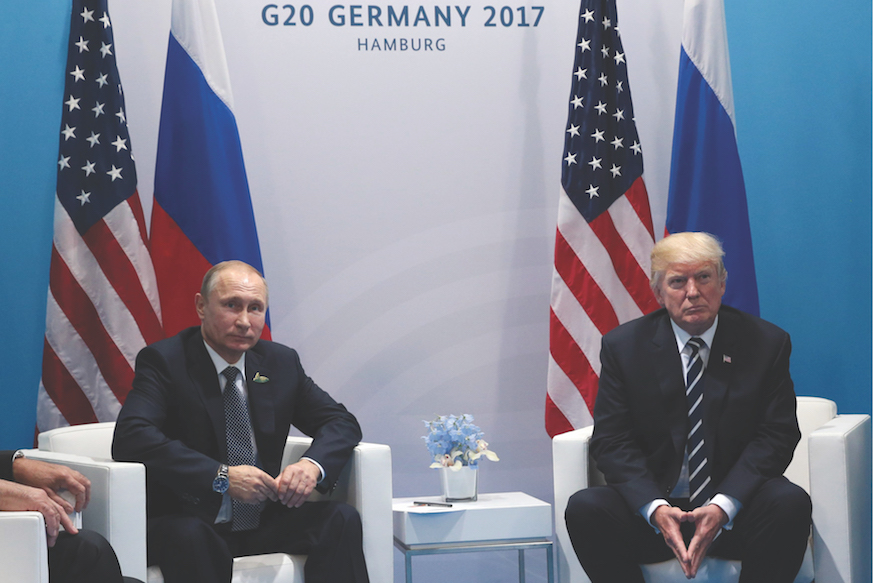 Trump has ‘full faith and support’ for U.S. intel

But standing alongside Putin at the news conference in Helsinki on Monday, Trump was asked if he believed U.S. intelligence agencies’ conclusions that Russia interfered in the election in an effort to help him defeat Democrat Hillary Clinton.

He said he was not convinced it was Moscow.

“I don’t see any reason why it would be,” he said. “President Putin was extremely strong and powerful in his denial today.”