Trump says 'I hope' Hillary runs in 2020, but could it actually happen? - Metro US
Donald Trump

Trump says ‘I hope’ Hillary runs in 2020, but could it actually happen? President Donald Trump hinted he would win a rematch against Hillary Clinton if she runs for president again in 2020. Photo: Wikimedia Commons

President Donald Trump thinks he’d win the presidency again in 2020 in a rematch against Hillary Clinton and he hopes he gets the chance to prove it.

On Twitter on Monday, Trump welcomed another race between himself and Clinton — one he’s unlikely to get.

“I was recently asked if Crooked Hillary Clinton is going to run in 2020? My answer was, ‘I hope so!’” he tweeted just after 9 a.m.

I was recently asked if Crooked Hillary Clinton is going to run in 2020? My answer was, “I hope so!”

Trump beat Clinton in a surprise electoral college upset in November, winning him the presidency.

Trump flipped states like Michigan, Pennsylvania and Wisconsin that typically go blue (Democratic), which earned him the necessary electoral votes to declare victory even as Clinton carried the popular vote by almost 3 million votes in her favor.

Trump has repeatedly tried to cast doubt on the popular vote tallies since the election, claiming widespread voter fraud led Clinton to earn more votes — he has never produced any evidence supporting these claims.

Clinton published a book in September titled, “What Happened” in which she details her take on how she lost an election almost everyone expected her to easily win. 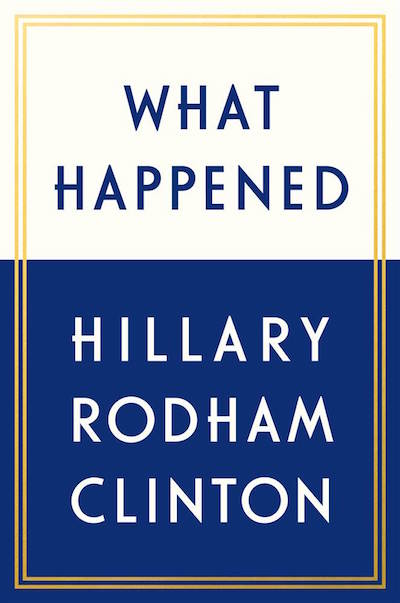 In it, she blamed ex-FBI Director James Comey and the investigation into “those damn emails” — and even named a chapter after it. She’s also placed blame on the Russian meddling in the election and even on Vermont Sen. Bernie Sanders, who opposed her in the Democratic primary. As recently as yesterday, Clinton has blamed her loss on overt sexism in America.

But whatever the reason for her loss, it’s unlikely Trump will get his chance at a rematch — in an interview CBS Sunday Morning host Jane Pauley, Clinton said her active political career is over.

“I am done with being a candidate,” Clinton said. “But I am not done with politics because I literally believe that our country’s future is at stake.”