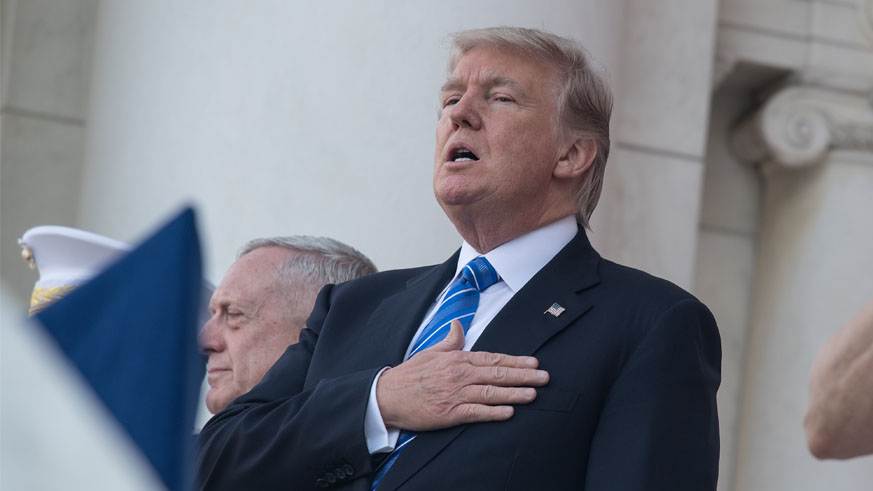 Doesn’t everyone know that by now? Um, not everyone.

There was Donald Trump, tweeting bright and early, as the rest of the nation was commemorating the ongoing tragedy of 242 years of war dead.

After a giddy “Happy Memorial Day,” Trump careened quickly into a fresh burst of self-congratulation. “Those who died for our great country would be very happy and proud at how well our country is doing today. Best economy in decades, lowest unemployment numbers for Blacks and Hispanics EVER (& women in 18years), rebuilding our Military and so much more. Nice!”

MAGA: Make America Groan Again! It’s all about Him!

I’ll leave the fact-check for another time and just say this: A lot of people had to die to make Memorial Day the unofficial start of summer.

There are a lot of ways to calculate this, all of them ending with totals that are huge. In the wars America has fought in, 651,008 men and women died in battle. If you count all military deaths during service in wartime, the number jumped to 1.2 million.

The largest share, 498,332, came during the Civil War — from the North and the South — followed by the 405,309 military dead during World War II. Vietnam added another 90,220. Bloody as they’ve been, the recent conflicts in Iraq and Afghanistan have inched the tally up only another 6,852. Then again, Americans are still dying in those wars.

Unlike Veterans Day, which celebrates the service of all U.S. military veterans, Memorial Day is for remembering the dead. Feeling happy yet?

Robert O’Neill probably put it best. He is the former U.S. Navy SEAL best known as “the man who killed Osama bin Laden.” He’s had a lot of friends die, too.

“Don’t wish me a happy Memorial Day,” he said before Trump piped in. “There is nothing happy about the loss of the brave men and women of our armed forces who died in combat defending America. Memorial Day is not a celebration.”