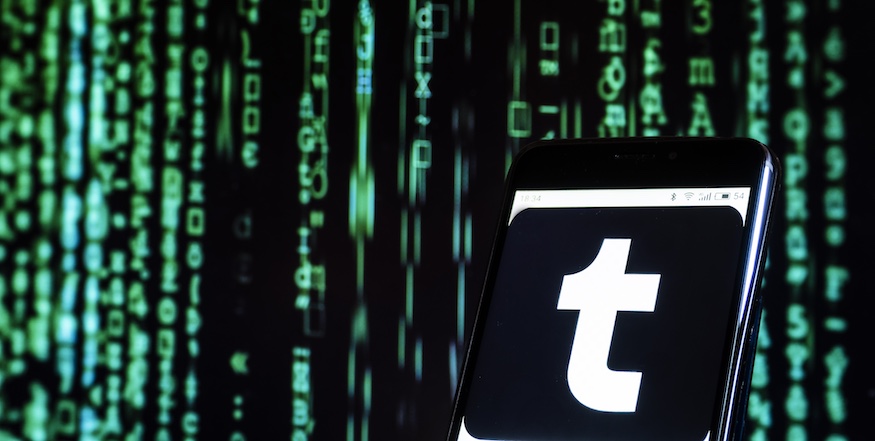 Tumblr will ban adult content in December. Here's how to download all your posts and save them to your computer.
Getty Images

Here’s how to download all your Tumblr posts ahead of its adult content ban that is starting this month.

The Tumblr explicit content ban will include most sexual content and nudity but with a few exceptions, according to The Verge.

“Posts that contain adult content will no longer be allowed on Tumblr, and we’ve updated our Community Guidelines to reflect this policy change, the company wrote in a blog post.

According to the new Tumblr Community Guidelines, users will no longer be able to upload videos or GIFs that show “ real-life human genitals or female-presenting nipples” or imagery that looks so realistic that it can pass for being real.

The site does note that certain content that has artistic, educational value or is considered to be newsworthy will not be banned.  The company encourages contacting the Tumblr help desk for more information about what is considered adult content on Tumblr.

Since Tumblr will ban adult content on its platform starting December 17, you might want to go ahead and backup your content by downloading all your Tumblr posts.

The Tumblr update to its Community Guidelines which include the ban on sexually explicit content will go into effect on December 17, but if you have posted NSFW content to the site and want to save it before it gets banned, we’ll show you how to export your Tumblr content and save it to your computer.

— Once logged in, go to your Tumblr settings­ — https://www.tumblr.com/settings/account

— On the right side of the screen, select your Tumblr blog you wish to export.

— Scroll to the bottom of the screen and click the Export button at the bottom.

From there, Tumblr will begin processing your backup. Depending on how much content you’ve posted, it will take some time so be patient. If you’re a power user with a lot of posts, it may take several hours for Tumblr to build your file.

What does the export Tumblr file include?

The Tumblr export ZIP file will contain the following content:

A Posts folder that has all your reblogs, drafts, private, hidden, flagged and any other posts you have made in one HTML file.

A Media folder that contains the media from your posts, including all the image files (JPG, GIF, PNG, MP4, ) you have ever posted to the site. This also includes files you’ve uploaded while sending messages to someone, too.

In addition to the Posts and Media folders, the Tumblr export file will also include a representation of your blog’s messaging conversations and blog posts in XML format.

There you go. If your Tumblr blog includes adult content that you store on your computer before the Tumblr ban, there is a way to download your Tumblr posts before they disappear from the site.