Ukrainians arriving at Mexico-U.S. border doubles in less than a week, officials say – Metro US
International

Ukrainians arriving at Mexico-U.S. border doubles in less than a week, officials say

By Jorge Nieto and Lizbeth Diaz
0
comments
Posted on April 7, 2022 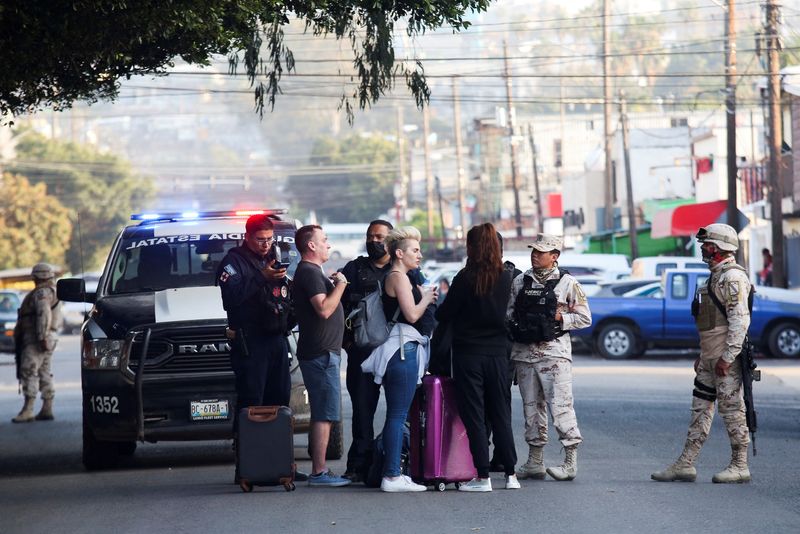 Ukrainians wait to cross the U.S. border, in Tijuana

TIJUANA, Mexico (Reuters) – The number of Ukrainians arriving at the U.S.-Mexico border to seek asylum in the United States since Russia’s invasion of its neighbor has more than doubled in less than a week, officials said.

Lying on plastic mattresses, hundreds of Ukrainians including families waited in a crowded shelter run by the local government in the Mexican border city of Tijuana this week.

Enrique Lucero, director of the city’s immigration services, said about 2,829 Ukrainians were waiting, more than double the 1,200 counted last Friday. Nearly two-thirds of them were in shelters, with the rest in hotels and churches, he said.

The number of Ukrainians at the border is also increasing as U.S. processing of claims fails to keep up with new arrivals, he said. Lucero said that U.S. authorities had promised to speed up asylum applications to process up to 578 a day.

The U.S. government did not immediately reply to a request for comment.

Having housed Haitians and Central Americans who arrived in caravans in 2018, the Benito Juarez sports center once again became an emergency shelter over the weekend.

Between 100 to 200 Ukrainians arrive in Tijuana daily, according to official statistics, after arriving in Mexico City or Cancun via various European countries.

The migrants spend anywhere between $3,000 to $6,000 on travel to arrive in Tijuana, even though train operators throughout Europe were offering free journeys, Lucero said.