When reading or watching reports on some of the horrific acts of terrorism being committed around the globe, one central question usually comes to mind: What makes someone subscribe to such evil and dangerous beliefs? The new HBO documentary “Unmasking Jihadi John: The Anatomy of a Terrorist,” premiering tonight at 8 p.m., aims to find out this answer. Director Anthony Wonke spent years delving into the background of the London-born Mohammed Emwazi, who grew up to become one of the most notorious and brutal ISIS terrorists in Syria and was one of the men who carried out beheadings in 2014 and 2015, including that of American journalist James Foley.

“How did this happen? Why was it that this terrorist state was able to grow as much as it did and what were the tools that enabled them to grow? As a filmmaker, you look at this as very rich terrain and a very important subject that needs to be told,” — Anthony Wonke, director of “Unmasking Jihadi John: The Anatomy of a Terrorist”. 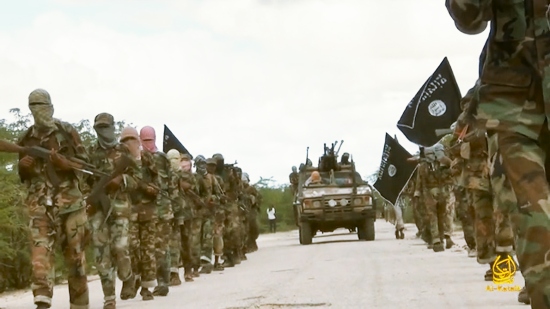 The film features a detailed account of Emwazi’s upbringing and includes interviews with aid workers and journalists who survived being held hostage and the stories of those who were executed under his captivity. Wonke first heard of ISIS after finding out that one of the fathers of the children he had covered in his film “Syria: Children on the Frontline” had been kidnapped by the organization. He later learned about Jihadi John like the rest of us: through social media and news headlines. He felt the public needed to know more.

“I think one of the things that you realized is that the story of Jihadi John was only being serviced in the news and the current-affairs arena. It hadn’t been explored more deeply in a resonate way, more than just the polarizing headlines,” explains Wonke on why he felt as though he needed to tell Emwazi’s story. “It’s a very interesting way of not only looking into his radicalization and what happened — how a boy from Northwest London who went to a very good university in a very short period of time could be radicalized and groomed to such a degree that he would commit these barbaric acts. Not only by looking at that single narrative do you understand more about him and what happened to him as an individual, but it asks much bigger questions about the geopolitical context of all of this. How did this happen? Why was it that this terrorist state was able to grow as much as it did and what were the tools that enabled them to grow? As a filmmaker, you look at this as very rich terrain and a very important subject that needs to be told.”

Wonke also got testimony from operatives who helped to bring Emwazi to justice as well as reporters who helped to gather information on his identity. One of those journalists is writer-producer Richard Kerbaj, who covered this story as well as the ongoing conflict in the Middle East for the Sunday Times.

“I’ve been reporting on national security for over a decade, particularly covering Islamic extremism,” says Kerbaj. “The video of Jim Foley was broadcasted on social media and it quickly became evidence that ISIS was not your normal Islamic extremist organization. They had this ability to weaponize propaganda and leverage platforms on social media to push out messages of both hate and messages about why you should go out and fight with them. That’s how they would start recruiting people. I wanted to tell a story about ISIS, but particularly I wanted to tell a story about this character. Of course, Jihadi John would go on to encapsulate and embody everything that is evil about this terrorist organization. What made his story so compelling was, he was a nice man with a British accent who became known to the world when he stood by Jim Foley, an American journalist who was trying to inform the world about the brutality of ISIS.”

The captivating documentary “Unmasking Jihadi John: The Anatomy of a Terrorist” premieres tonight at 8 p.m. on HBO.

Check out the trailer to Unmasking Jihadi John: The Anatomy of a Terrorist below…