Vice director Adam McKay talks us through its controversial ending

Warning: There are MAJOR SPOILERS ahead for Vice.

So if you’re yet to see the Dick Cheney biopic then please bookmark this article, click away, watch the film, and then return to see what its writer and director had to say about its conclusion.

There are two endings to Vice.

What happens at the end of Vice?

The first sees Christian Bale’s Dick Cheney break the fourth wall and deliver a monologue straight to the audience where he insists that he has absolutely no regrets about what he did in his political career.

Then, shortly into the credits, we see one of the focus groups from earlier in the film descend into chaos, as a Trump supporter labels Vice liberal propaganda and then has a fight with a Democrat.

But what was Vice’s writer and director Adam McKay trying to achieve with this post-credits scene?

“I liked the idea of this is where we are living right now. That’s really all I was thinking,” McKay tells Metro.

“I knew that this was the argument that would happen. I have actually already heard people while we were making the movie say, ‘Well that is going to have a liberal bias.’ I was like, ‘What are you talking about? This happened.’”

“I know what the response is to that, ’Typical liberal.’ That’s the cycle that we are caught in. It is also kind of funny in some ways. So I liked the idea of just ending with a so it goes, this is the America we are in, and something contemporary.”

“Also, quite honestly, I love those focus groups. I was like, ‘Has anyone ever done a focus group in a movie? They’re such a huge part of American culture and the economy. I feel like no-one ever shows them.’”

“It is just a little button joke at the end about the times that we live in. I didn’t want people to be leaving absolutely destroyed with the tragedy.” 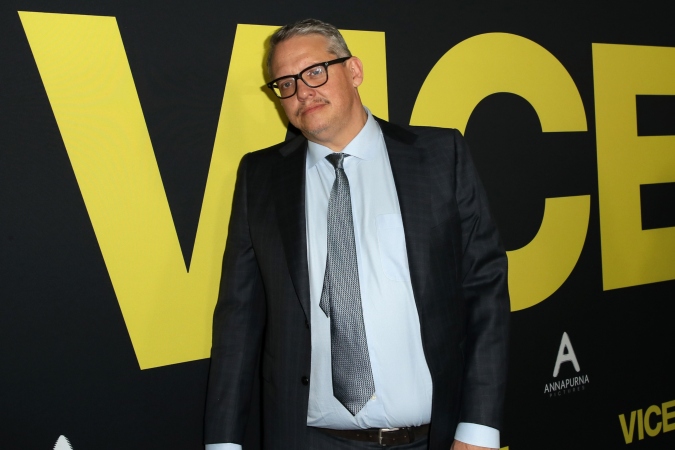 McKay also hopes that this post-credits scene will lift the spirits of Vice’s viewers.

“It was tricky to find the tone at the end. The song from West Side Story helped a lot, too. It was satirical, a little bit sad, but it also has energy and is a beautiful piece of music.”

“We didn’t want to devastate the audience with the ending. We wanted them to feel empowered by this information and perspective.”

When it comes to Cheney’s monologue just before the focus group fight, McKay insists, “I am happy for people to have different interpretations because it can be interpreted in so many ways.”

“My interpretation of it is that; early in the movie he said he would be a humble servant to power. In the end, when he says, ‘You chose me and it has been my privilege to serve you.’ I like the idea that we don’t know who he is talking to in that moment. That gives it a dark, sinister hew, for me.”

“But also Cheney does talk a lot about public service. He feels like it is an honor. He is an old school guy in that sense.  So it felt natural that we would have Cheney say that stuff there.”

“A lot of the stuff from that monologue are pieces of lines that he has actually said. We really in essence gave him the last word of the movie.”