What are all of Kevin Wendell Crumb’s personalities in Split, Glass? - Metro US
Movies

What are all of Kevin Wendell Crumb’s personalities in Split, Glass?

With Glass James McAvoy somehow achieves the impossible and manages to top his performance as Kevin Wendell Crumb from Split, the dissociative identity disorder sufferer, who has 24 different personalities within him that are collectively known as The Horde.

Over the course of both films McAvoy jumps from one personality to the next with aplomb, always quickly inhabiting each different identity with a ferocious edge that feels both authentic and deeply unsettling.

But just how many different personalities does Kevin Wendell Crumb have in both Split and Glass?

Who does James McAvoy play in Glass?

“If you see in the computer in Split, you’ll see all the personalities, all 23 — not counting The Beast, 24,” Shymalan tells Fandango. “But then in Glass we figured all of them out, all 24. What they were, what they’re meant to be. And I believe 20 are in the movie now.”

We’ve already met quite a few of them, too, and a scene in Split shows that Kevin has actually kept a log of all of his different personalities on his computer.

Kevin is his real fragile personality, Hedwig is a 9-year-old boy, Barry is levelheaded, Dennis is temperamental, Patricia is sophisticated, Jade is a teenage girl, Orwell is very intelligent, while The Beast manifests at the end of Split, and has super-human strength.

For those of you that are counting that is 8. 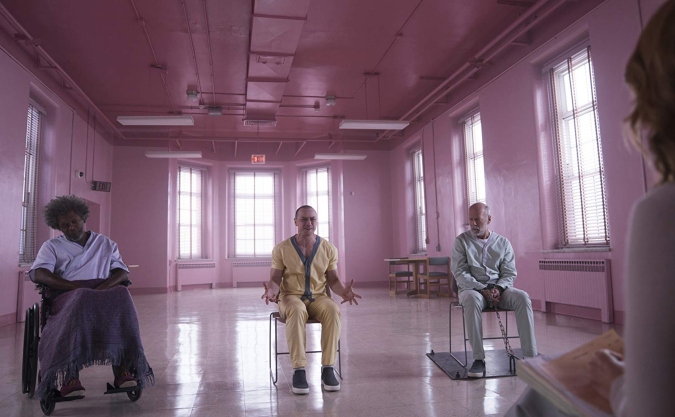 We see most of these personalities in Glass, the final installment to Shyamalan’s Eastrail 177 Trilogy, which launched in 2000 with Unbreakable, while in 2016 its sequel was sneakily revealed to be Split, as right at the very end Bruce Willis cameoed as David Dunn.

This time around Willis’ Dunn goes up against McAvoy’s The Horde, all the while Samuel L Jackson’s Mr. Glass pulls the strings in the background.

Glass is released on January 18.