What are the creatures in Bird Box? Director Susanne Bier talks us through it - Metro US
Movies

What are the creatures in Bird Box? Director Susanne Bier talks us through it

The reason why the Earth’s population is suddenly decimated in Bird Box isn’t really because of a creature or a monster. Instead it is due to a mysterious force.

Soon after the film begins its lead characters, the pregnant Malorie (Sandra Bullock) and her sisiter Shannon (Sarah Paulson), find themselves surrounded by people that have suddenly gone insane, started attacking people, before then killing themselves.

In order to avoid becoming a victim, people have to put on a blindfold or remain indoors.

“Whatever the being that kind of destroys the world is, it taps into your mind and messes with your mind,” explains director Susanne Bier. “It stirs up and activates your biggest fear. Everyone who happens to see these things gets overwhelmed by their biggest fear and you want to kill yourself. That is a very ominous notion.”

Are there any creatures in Bird Box?

The Danish filmmaker had a clear idea of what to do with this concept when she first got hold of the script.

“We were keen to make a movie with a lot of tension in it but didn’t become a horror/gore film. In a monster movie I always feel it is more exciting before you see the monster. Because the movie doesn’t usually scare me once I see it.”

“Part of my goal as a director was to create a movie that was all about that suspense before you see the monster, and keeping it for the entire running time for the movie.”

Bier also liked the fact that Malorie being blindfolded gave her the chance to always align the audience with the character’s point of view. 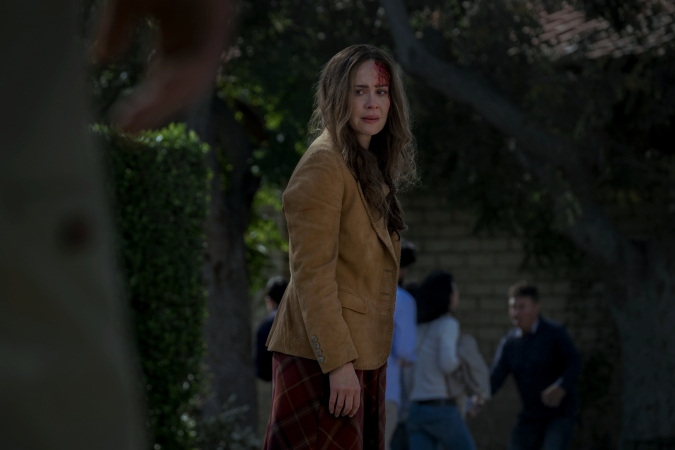 “It also ties into wanting to share Malorie’s experience. You want to be with her. You want to feel what she is feeling. So the cinematic techniques and approach has to do with not letting go of staying with her.”

“At times we might see together with her what she doesn’t see. We might see that. But of course we see more than she does because she is blindfolded a lot of the time. But we do actually try and keep aligned with her.”