What do the winners of The Voice get anyway? - Metro US
Television

What do the winners of The Voice get anyway? Even if you watch TV competition shows like you attend your church — only for the big events — you can’t help but become a little obsessed with The Voice winners. Sure, they’re launched into the national spotlight for a season, but then what? And what do The Voice winners win exactly?

We know you’ve been watching the current season, and with the semi-finales of season 13 kicking off next week, you’ve got to be wondering two things: who’s going to take the top spot and what, exactly, they take home when they win.

It better be good, right? After all, the contestants are put through the ringer. They have to go through all the prelim rounds and then there’s a ton of production that goes into the show — as you know since you have your calendars marked to watch it every Monday and Tuesday night through the fall. 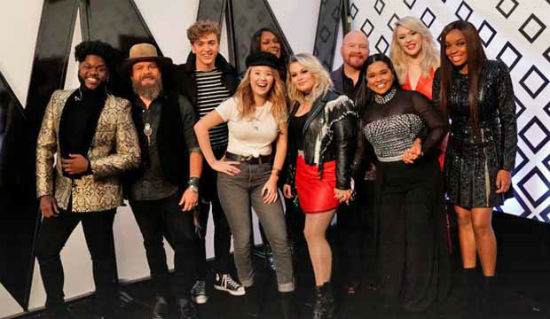 You’ve seen these contestants through their journey so far. But will it be a member of Team Adam (Addison Agen and Adam Cunningham), Team Blake (Chloe Kohanski, Red Marlow and Keisha Renee), Team Miley (Brooke Simpson), or Team Jennifer (Davon Fleming and Noah Mac) that walks away with the prizes at the end of the season? We’ll have to wait to find out, but you can find out what those prizes are right here and now.

NOTE: If you want to catch up with the top singers of past seasons, both who all of them have been throughout the years and what they’re up to now, we have a breakdown of everything you need to know about The Voice winners.

So what do The Voice winners win?

After all the auditions, the training, the performances and — don’t forget — the stress of it all, The Voice winners take home a prize that isn’t too shabby. For conquering the competition, The voice winners are awarded $100,000 and a record deal with the Universal Music Group.

That’s no small reward, either. Though, unfortunately, we all know that taxes will take a sizeable chunk of the money from The Voice winners, Universal Music Group is considered one of the “big three” of music labels in the U.S. And we’re guessing that for The Voice winners, who go through so much to be able to share their music with the world, that’s essentially priceless.