What is Donald Trump’s IQ? After Trump’s tweet this morning, the world is wondering, what is Donald Trump’s IQ?

President Trump challenged Secretary of State Tex Tillerson to a battle of the brains, so to speak, after news broke that Tillerson called the president a “moron” (or a “f—king moron” depending on reports) in a closed-door meeting with Trump’s national security team. Trump responded to the reports by saying “I think it’s fake news, but if he did that, I guess we’ll have to compare IQ tests. And I can tell you who is going to win.”

Anyone who knows Trump knows exactly who he thinks is going to win. If you’ve been following him for a while, you also know that IQ is a big point of ego for the president, ranking right up there with net worth. But like with Trump’s net worth (or even his average golf score), Donald Trump’s IQ is tough to pin down largely because we only know what Trump tells us about his own scores on IQ tests.

NOTE: For the sake of simplicity, we’re ignoring the fact that many experts would disagree with the premise of using an IQ test as an accurate barometer for intelligence.

Donald Trump’s IQ: It comes up a lot

Trump brags, usually on Twitter, about his high IQ about as frequently as he challenges others to prove their own. The claims, though common, are not substantiated. In one such tweet from 2013, Trump simply claims his high IQ is common knowledge, writing “Sorry losers and haters, but my I.Q. is one of the highest -and you all know it!”

Sorry losers and haters, but my I.Q. is one of the highest -and you all know it! Please don’t feel so stupid or insecure,it’s not your fault

A comprehensive — and lengthy — collection of Trump’s bombastic assertions of his own IQ as well as his challenges to and disparaging remarks about others was compiled by The Washington Post this week. They highlight examples that illustrate how unreliable Trump is when it comes to this topic, attacking the low IQ of politicians only to elect them to his Cabinet and then boast about the high IQ of all its members. Rick Perry, we’re looking at you specifically.

But, what is Donald Trump’s IQ?

You may have seen a chart making the rounds on social media in December 2016 that claimed to rank the IQs of former presidents. The score associated with Donald Trump: 156, which would land him in the 99.977 percentile. But Donald Trump’s name was added to the side of the chart, so can it be trusted? 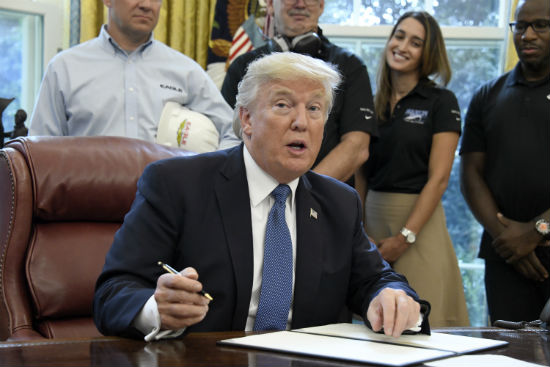 The chart, yes; Trump’s score, no, says Snopes. The chart itself dates back to a study conducted in 2006, though many of the IQ scores of past presidents are estimated by psychologist Dean Keith Simonton of University of California, Davis. As for the 156 rumor, that dates back to an article that ran in August 2015.

This genius-level IQ score claim comes from an article published by BeforeItsNews.com that claims Donald Trump’s IQ can be estimated based on his acceptance to the Wharton School at the University of Pennsylvania, from which he graduated in 1968. The author writes that “[g]iven the usual requirements for admission to a top school like Wharton, I estimate that Mr. Trump has a 156 IQ at the minimum.”

But, Snopes points out two major ways this explanation falls short (there are many smaller ways): first, that Wharton’s current SAT requirements — if you assume those can be accurately translated to IQ scores — convert to an IQ range of 145 to 149, not 156; and secondly, that Trump transferred into Wharton — the requirements for which are not available — instead of applying to enter as a Freshman. That means, he might not have met the requirements for acceptance as a Freshman, and even if he did, they probably translated to lower than an IQ of 150, let along 156.

So, what is Donald Trump’s IQ? The world may never know. Maybe he’ll release official IQ test scores along with his tax returns.