What is your third eye? – Metro US
Health

What is your third eye? You don’t have to participate in Hinduism, Buddhism or yoga to have heard about the third eye located in the center of your forehead, associated with the pineal gland. Take, for instance, the common saying, “third eye blind.” But what is the third eye, exactly?

The third eye, Hinduism and Buddhism

In Hinduism, the third eye is linked to the Lord Shiva. It’s known as the eye of wisdom through which Shiva can see reason beyond the physical world. It can also cause destruction (AKA, burn things to ash).

Legend has it, Shiva opened his for the first time when his wife, Sati, died.

Grief-stricken, Shiva went into deep meditation. Sati was reborn as the goddess Parvati, and when the Hindu goddess of love, Kamdeva, came to awaken Shiva with an arrow, he opened his third eye out of anger and burned her to ash. This represented a diversion from desire.

In Hindu culture, “bindis” (traditionally red dots) are commonly worn on the forehead to represent a spiritual connection to God.

In Buddhism, the third eye advises people to “see the world with their mind.” Statues of Buddha include this inner eye as a representation of higher consciousness.

The third eye and yoga

The third eye is discussed a lot in yoga practice.

Yogis believe that there are seven parts of your body, or chakras, through which energy flows. They are the crown, third eye, throat, heart, solar plexus, sacral and root.

This inner, invisible eye is the sixth chakra, also referred to as Ajna (additionally called the “brow chakra” — yes, there are a lot of names for it, just bear with me). It’s associated with light, intuition and perception. 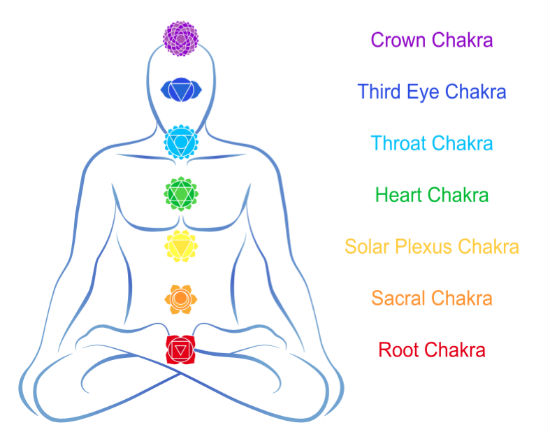 When chakras are blocked, this triggers “physical, mental or emotional imbalances that manifest in symptoms such as anxiety, lethargy or poor digestion,” according to Yoga Journal. That’s where the right poses and meditation come in.

Mind Body Green states that this sixth chakra controls our “ability to focus on and see the big picture.” So, unblocking tension there makes sense.

Poses for this inner eye

Vicki Howie from ChakraBoosters.com suggests doing either Child’s pose or downward dog with your forehead resting on a bolster (AKA, a pillow).

These are the easiest types of poses to activate your third eye, especially if you’re just starting out. Watch her demonstrate them below:

For a standing pose, Very Well Fit suggests trying the eagle, “in which you can bring your thumb to your third eye as you forward bend.” (Watch an example here.)

You can also try focusing on the center of the forehead during meditation.

These poses and/or meditation will ultimately allow you to see past the physical world and feel more in tune with yourself.