When do all the superhero movies come out? - Metro US
Movies

When do all the superhero movies come out? As the old joke goes: Want to make God laugh? Make a plan. The people who create superhero movies never heard that one. The folks at Marvel and DC know they helm the most popular, most profitable movie genre on Earth (for now), and they’re going to keep ’em comin’.

And so the superhero slate is filled all the way through 2020 with episodes from the Marvel Cinematic Universe and the still nascent (and still not terribly liked) DC equivalent. Here’s a currently complete list of comic book movies en route. (And in between these, go see some Kenneth Lonergan dramas or English period pieces — something, anything to spice things up, for god’s sake.)

‘Guardians of the Galaxy, Vol. 2’ (May 5, 2017)
The 2017 summer movie season begins with a follow-up to Marvel’s so-far weirdest entry: the one with the talking raccoon and the sentient tree. And Kurt Russell’s on board!

‘Wonder Woman’ (June 2, 2017)
Sorry, Men’s Rights Activists! If this is a hit, you’ll have to deal with even more tough women being tough. Luckily, the rest of the world is rooting against you.

‘Spider-Man: Homecoming’ (July 7, 2017)
Tom Holland’s cameo as our third Peter Parker in 15 years in last year’s “Captain America: Civil War” was the best thing about that bloated headache. And anything that makes sure our last Spidey, Andrew Garfield, has time to make masterpieces like Martin Scorsese’s “Silence” instead is good for the world.

‘Thor: Ragnarok’ (Oct. 27, 2017)
It’s not only that the third in the Norse solo jobs boasts Jeff Goldblum in funky make-up and “Creed”’s Tessa Thompson hurting people. It’s also directed by Taika Waititi, the deeply eccentric and charming New Zealand filmmaker of “Hunt for the Wilderpeople” and “What We Do in the Shadows.” Make sure to watch those, too.

‘Justice League’ (Nov. 17, 2017)
We’ve been promised a considerably less gloomy affair than last year’s doom-a-rama double feature of “Batman v Superman” and “Suicide Squad.” But then, why is this fool thing longer than “Goodfellas”?

‘Black Panther’ (Feb. 9, 2018)
Another Marvel movie to get stoked about mostly because of its director: Ryan Coogler, of “Creed” and “Fruitvale Station,” is manning the one about an African king-turned-superhero. Oh, the fun we’ll have when this pisses off America’s newly awakened racists.

‘The Flash’ (Mar. 23, 2018)
Remember that part in “Batman v Superman” where Gal Gadot’s Wonder Woman sits down at a computer and basically watches a bunch of trailers for future DC movies? One of those was for the Flash. At least he’s played by the great Ezra Miller.

‘Avengers: Infinity War’ (Apr. 26, 2018)
Confess your unpopular opinion: About the only part we like in the two “Avengers” mash-up movies is this. Otherwise they’re cinematic migraines, crammed silly with nothing but stuff and things. But, you know, surprise us.

‘Ant-Man and the Wasp’ (Jun. 29, 2018)
2015’s “Ant-Man” is one of the “weird” Marvel movies, like “Doctor Strange” and “Guardians of the Galaxy.” We’re happy to see Paul Rudd’s super-shrinker return, this time sharing a movie and a title with one of his co-stars: Evangeline Lily’s Hope van Dyne, who appears will become the superhero named “The Wasp.” There you have it.

‘Aquaman’ (July 27, 2018)
Jason Mamoa’s nautical bruiser looks a lot more aggro than we remember him being. We miss fun.

Captain Marvel (Mar. 8, 2019)
Win an Oscar, get a comic book movie! Brie Larson will lead another femme-driven superhero entry, playing a character whose powers include superhuman strength, speed and the ability to fly.

‘Shazam’ (Apr. 5, 2019)
Don’t let this confuse you: Shazam — a boy who can turn into a superhero by uttering the word “Shazam” — is sometimes known as Captain Marvel. But these two movies are totally different! Even if they’re opening less than a month within each other! 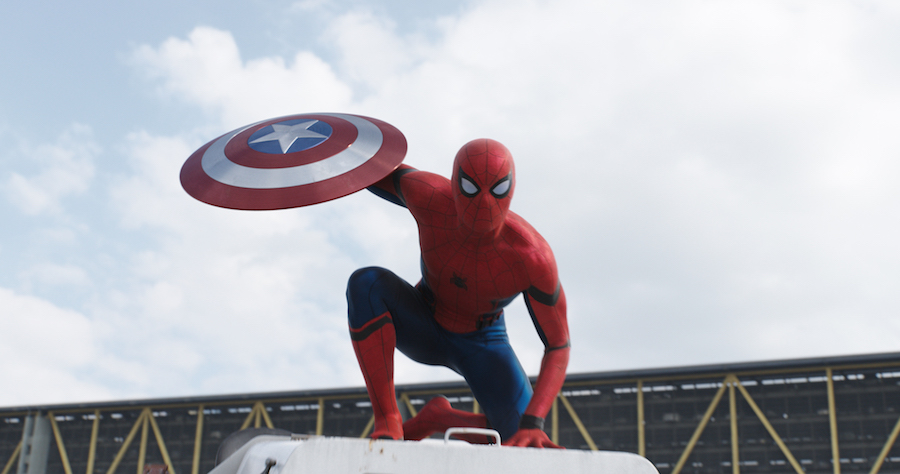 Untitled DC movie (Nov. 1, 2019)
Now we’re in the weeds. The comic book lords have been putting their flags on release dates like imperialist nations used to do with far-flung countries. So who knows what this DC movie will be. But it will definitely be a DC movie.

‘Cyborg’ (Apr. 3, 2020)
The least well-known of the four DC heroes introduced in “Batman v Superman” doesn’t even get his own movie for three more years. Anyway, he’s a cyborg.

‘Green Lantern Corps’ (June 19, 2020)
No one liked the “Green Lantern” movie, starring Ryan Reynolds, from 2011, and for good reason: What looks awesome in comics — a dude who can use green rays to create objects and stuff — looks silly in a movie. But they’re trying again.

And yet another not-yet-decided Marvel movie (Nov. 6, 2020)
PLEASE STOP MAKING COMIC BOOK MOVIES. MAKE SOMETHING ELSE.

Other movies without specific dates:

‘Deadpool 2’ (2018ish)
We’re in the “it was a smarmy, obnoxious, self-satisfied annoyance” camp on the OG “Deadpool.” Still, it might feature Michael Shannon as the villain? And he’s probably a better fit here than in “Man of Steel.”

‘The New Mutants’ (2018ish)
The new series about young mutants who aren’t officially part of X-Men is being handled by “The Fault in Our Stars”’ Josh Boone, which all but ensures it will be a YA movie only with a lot more ass-kicking.