When does How to Get Away with Murder return from winter break? - Metro US
Television

When does How to Get Away with Murder return from winter break? It seems unfair that a show that grabs you in the first few seconds of each episode and doesn’t let go until it’s over, leaving you gasping when does How to Get Away with Murder return even takes a midseason break. If you can barely make it between episodes, how do they expect you to make it several weeks before your next adrenaline hit courtesy of Shonda Rhimes?

And leave it to Shondaland to leave you hanging over the winter break knowing that the next episode — that will only arrive after a couple agonizing weeks — is entitled “He’s Dead.”

Where did the How to Get Away with Murder midseason finale leave things?

If the fall finale didn’t leave you begging to know when does How to Get Away with Murder return, we don’t know what would. The episode entitled “Live. Live. Live.” started with copious amounts of blood in Annalise’s elevator and at Caplan & Gold, but withheld the source all the way through the wild ride until the very end of the episode.

And in classic Shondaland form, the midseason finale tied up some loose strings but also left us hanging on a couple points, which means the waiting leading up to the next episode is as painful as ever. Rhimes really knows how to get you hooked. 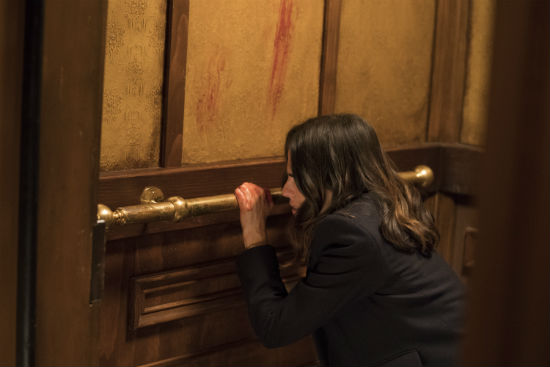 We won’t take you on the whole roller coaster ride of a plot, but what you need to know is: after waffling on whether to reveal all to Annelise or not, Connor does indeed tell her everything. He’s the mystery caller from the beginning. Annelise offers to help over the phone to Laurel, but things get out of hand at Caplan & Gold. When a plot to frame Simon as a whistleblower go awry, he ends up stumbling into the upstairs of Caplan & Gold as the gang discusses setting him up and pulls Michaela’s gun on everyone.

Before he’s able to take any of them out, however, he trips over a chair in the room. The gun goes off and kills Simon. Everyone else wipes off Laurel and sends her away while Michaela puts on a dramatic performance downstairs as a shocked, innocent bystander of Simon’s “suicide.” 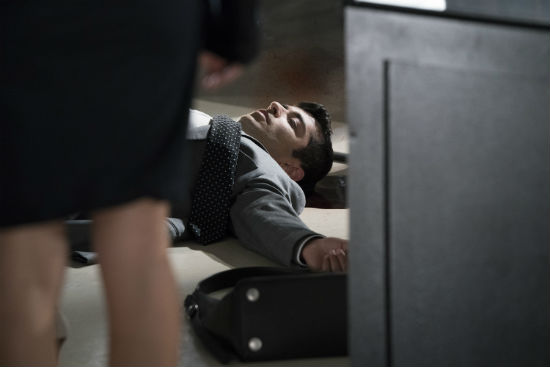 Oh, but wait. Did you think Shonda was done? Laurel didn’t go home after all. She headed to see Annelise at the Easton hotel instead. Where, like Annelise did earlier in the episode, she gets stuck in the elevator — and it’s showing no signs of budging. She goes into premature labor — due to Frank hitting her in the stomach earlier in the episode — and bleeds all over the elevator, crumpling to the floor in pain, unable to call 911. Annelise hears her screams for help and, after prying open the doors of the elevator, desperately attempts to breathe life back into the baby.

The episode ends with Simon’s heart rate monitor flatlining at the hospital and Annelise’s chanting of “live, live, live” over Laurel’s baby finally being met with the cries of an infant. Whew. Are you screaming when does How to Get Away with Murder return yet?

So, when does How to Get Away with Murder return from winter break?

You can catch the first episode of the back half of How to Get Away with Murder season 4 on Thursday, January 18 at 10:00 p.m. EST. You might want to tune in starting at 8:00 p.m. EST if you’re a fan of Shonda Rhimes and all of her work, though, since that’s the same night Grey’s Anatomy returns from its own winter break.

Yep, you guessed it, that means there’s something else between the two: the return of Scandal at 9:00 p.m. EST. Better make a triple batch of popcorn and get cozy.