When is New York Comic Con? - Metro US
New York

When is New York Comic Con? Fans already know that New York Comic Con is not only the largest event surrounding pop culture on the East Coast but also gathers more avid fans together than San Diego Comic Con, held a couple months prior. But when is New York Comic Con? Did you miss your chance to get tickets?

First of all, go buy your tickets to New York Comic Con now if you have any dreams of mingling with some of your favorite film and TV stars — and fellow fans donning decked out costumes. As of 12:28 pm on Monday, October 1 there were fewer than 200 tickets left. Follow the links in the Tweet embedded below to get your New York Comic Con tickets now. No, seriously, we cannot emphasize it is important to run to get tickets now if you haven’t already.

?Less than 200 Thursday tickets left! Get yours here: https://t.co/el70PDC4Mt? pic.twitter.com/6YlvZ7ia5k

Locked down two tickets for you and a friend? Good, let’s go on.

Where is New York Comic Con being held?

You’ll find all the panels, people in costume and sci-fi shopping you could ever want at the  Jacob K. Javits Convention Center on Eleventh Ave in Hell’s Kitchen. The Javits Center is enormous, so make sure you have a map and an action plan for hitting every booth and event you’ve been dreaming of since last year’s con. 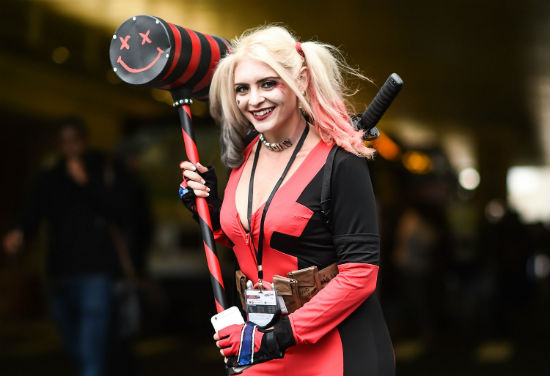 To get there using the NYC subway, you can take the 1, 2, 3, A, C, or E lines to 34th St–Penn Station. You’re still going to have to walk from 8th Avenue to 11th, but that’s just more time you have to show off your well-constructed costume.

When is New York Comic Con?

New York Comic Con starts Thursday, October 5 and runs through Sunday, October 8. (NOTE: Costumes, though common, are not mandatory, so don’t feel like you absolutely need to get sewing if you don’t have your tights tailored and ready to go already.)