When is the best time to get a flu shot this year? - Metro US
Health

When is the best time to get a flu shot this year? It’s still technically summer, but the weather will soon change and usher in everyone’s favorite season. No, not fall: Flu season.

We’re being a bit sarcastic, but flu season will soon be upon us — and if it’s anything like last year, we’re in for another dangerous (and deadly) period. That’s why the American Academy of Pediatrics is already urging people to get educated on the best time to get a flu shot, especially for children.

Hint: It’s earlier than you think.

The AAP recommends the flu shot for everyone ages six months or older. That includes “all women who are pregnant, are considering pregnancy, are in the postpartum period, or are breastfeeding during the influenza season,” the AAP advises.

The flu shot is made to protect against strains that experts believe will circulate during the season. This year’s flu shots will protect against influenza A (H1N1 and H3N2) and one type of influenza B (Victoria). There is a flu shot that protects against another influenza B strain in addition to the other three.

The best time to get a flu shot

It might seem like you have plenty of time to get vaccinated, but the best time to get a flu shot is much sooner than you think. Once you get the flu vaccine, it can take two weeks for the antibodies to develop in your body. Children who need two doses of a flu shot need to start even sooner, because the doses must be given at least two weeks apart. 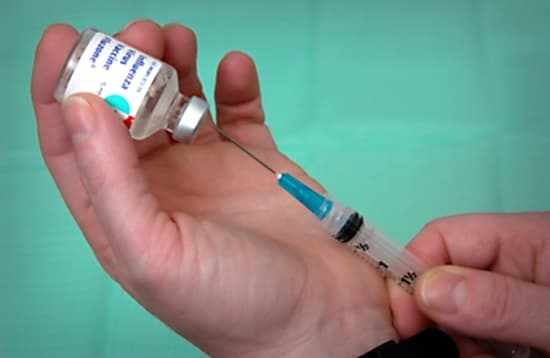 That’s why the U.S. Centers For Disease Control and Prevention says the best time to get a flu shot is ASAP — by the end of October, at the latest.

“However, [the flu shot] can still be beneficial and vaccination should continue to be offered throughout the flu season, even into January or later,” the CDC says in a flu shot advisory.

What about the flu nasal spray?

Most of the advisories about flu vaccines and prevention specifically mention the best time to get a flu shot. But what about the nasal spray?

The nasal spray flu vaccine is making a comeback after The Advisory Committee on Immunization Practices voted to re-add it to the CDC’s list of recommended vaccines for 2018 and 2019.

Often marketed as the less painful option for children, the AAP doesn’t recommend the nasal spray over the traditional flu shot.

“The AAP has expressed a preference for inactivated influenza vaccine [the shot] as the primary choice for all children because, even though the new formulation of [the nasal spray] looks to be better in some ways, the effectiveness of the [nasal spray] is unknown against A/H1N1 for this upcoming season,” statement co-author Mary Anne Jackson, M.D., chief of the pediatric infectious disease section at Children’s Mercy Kansas City and professor of pediatrics at the University of Missouri School of Medicine, told Self.

So, the best time to get a flu shot is as soon as possible — and you might even be able to get it for free through your insurance.