When medication fails, this helmet can treat depression – Metro US
Health

When medication fails, this helmet can treat depression Julie Travis is one of the more than 15 million Americans who struggle with clinical depression. For years, she was able to manage it with medication, but recently that wasn’t enough.

Unfortunately, this isn’t uncommon, said Dr. Amita Talati, a psychiatrist in Voorhees, New Jersey who has been treating patients with depression for more than 20 years, including Travis.

“At some point, medications may not work for a lot of patients,” she said. She sees more and more patients becoming resistant.

But there is another option when all else fails: deep transcranial magnetic stimulation, or Deep TMS.

Talati recently got a Brainsway Deep TMS system, which uses magnetic pulses to stimulate the areas of the brain responsible for depression. Her clinic is the first in South Jersey to offer it and it’s also used at Harvard, Mount Sinai and by the U.S. Navy.

Essentially, it’s a helmet to treat depression. Travis visited Talati’s clinic five days a week to receive the 20 minute treatments, during which she wore a helmet attached to the machine that stimulated her brain for about 3 seconds at a time, pausing for about 15 seconds in between. 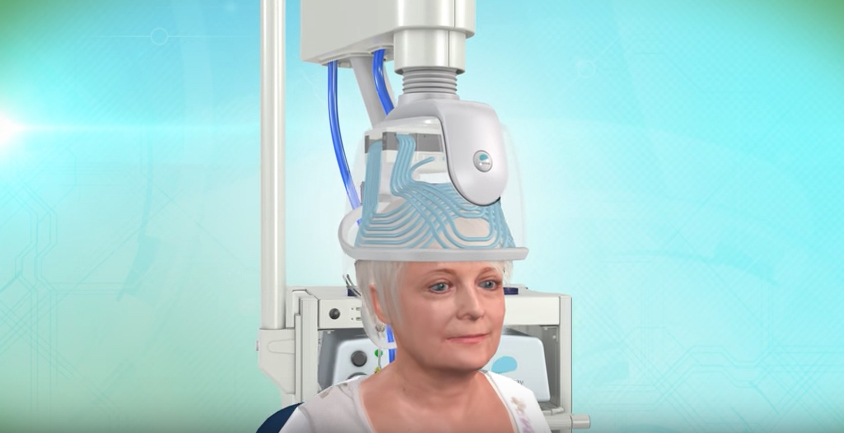 Travis felt a “slight tapping” on her head, she said, but it wasn’t painful. The system is noninvasive and requires no sedation.

Though Travis said she was a bit skeptical at first that it would work, she was desperate to try anything that could help her.

“From September on, I was pretty much not functioning,” she said of how her depression had worsened. “It was just this overwhelming fear of being awake. Life was so overwhelming to me.”

“I can very distinctly remember when I started singing to the radio, and it really hit me that day, like, ‘Wow, this is good,’” she said.

Travis reported no side effects, and Talati said the most common is a slight headache. In total, Travis received 36 sessions and said she hasn’t felt that intense depression again since.

“It’s incredible,” she said. “I’m out socializing again, meeting up with people, doing things I used to enjoy. My friends are like, ‘Oh my god, she’s back.’”

Deep TMS is FDA cleared for patients with major depressive disorder and studies are currently evaluating its further uses, such as treating OCD. The Brainsway company holds an exclusive license from the National Institutes of Health for the technology.

To Talati, who has seen many patients try many different types of medicine — some with serious side effects — the treatment option is “revolutionary.”

“One of my other patients said, ‘I don’t know why everyone who has depression doesn’t get this treatment,’” she said. “It’s going to take off. It’s remarkable.”