The style professionals don’t put in all that effort on the runways of New York Fashion Week 2018 just to eat $1 slices and drink at dive bars. The event has its favorite haunts — The Blond, the recently revamped Jane, Ian Schrager’s Public Hotel. But there are plenty of new stylish hotspots sure to draw the elegant crowds looking to keep every moment #onbrand. Here’s where to see and be seen during New York Fashion Week 2018. 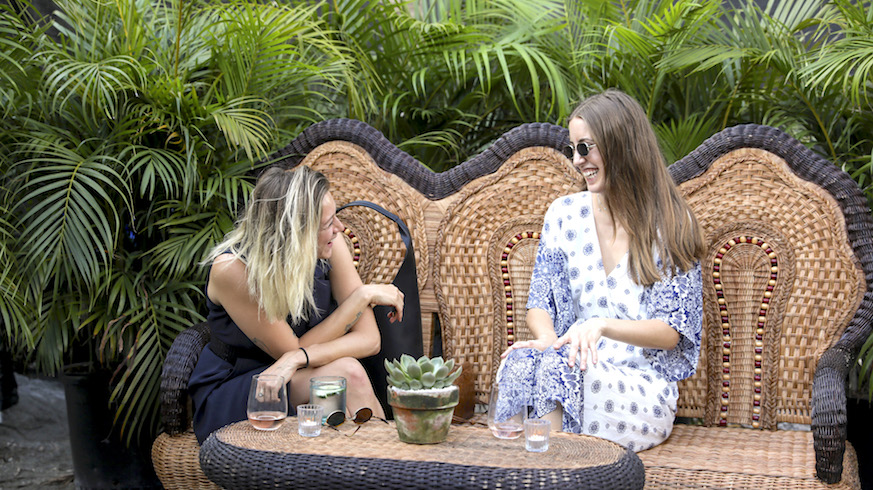 One of trendy Mexican beach town Tulum’s hottest bars didn’t lose any of its vibe by getting transplanted to SoHo for the summer. Instead of wild ragers, Gitano specializes in serenity with its forest of palm trees and plenty of space to groove or chill to its deep house soundtrack. 76 Varick St., grupogitano.com 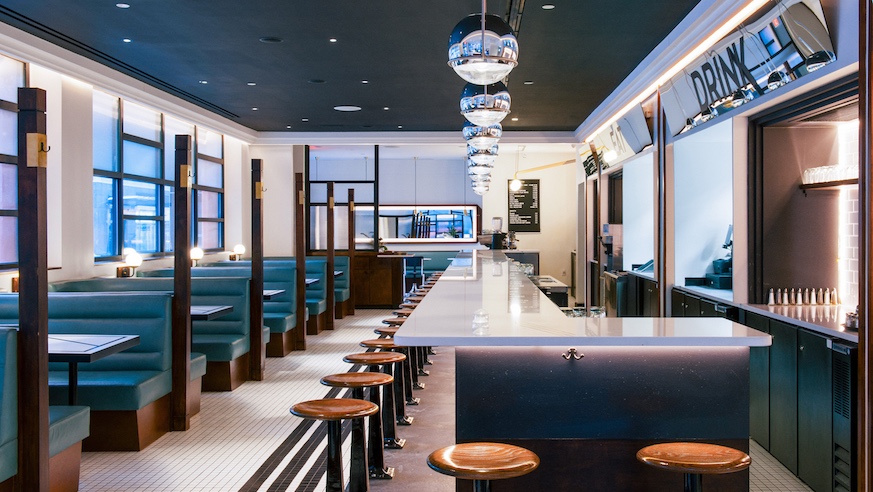 Diners aren’t known for their cool, but then Nickel & Diner came in with some Art Deco styling and minimalist chic to make it a perfect setting for a few retro snaps between bites of chef Charles Cho’s elevated American comfort food. 1 Howard St., nickelanddiner.com 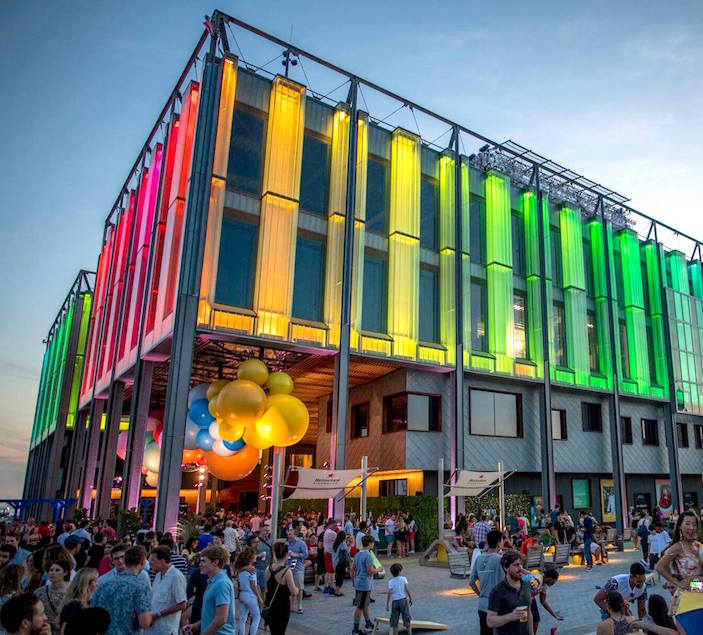 Manhattan has been lacking for waterfront bars along the East River, so this summer’s arrival of the Heineken River Deck was sorely needed. Perched right at the edge of Pier 17, the nautical space has a giant bar and a deck filled with blue couches and greenery — there’s even a topiary wall for your own “green carpet” fashion photo op. The bar has already racked up several cool parties and art exhibits, and with summer’s heat not letting up, the Fashion Week crowds will be looking to cool down riverside. pier17ny.com

Frenchette has been one of the hottest reservations in the city since opening in Tribeca in April, well before it made almost every Best of 2018 restaurant list. It’s a French-ish bistro by two former Balthazar chefs who know the classics well and decided to have fun with them — what could be more in tune with Fashion Week? 241 W. Broadway, frenchettenyc.com 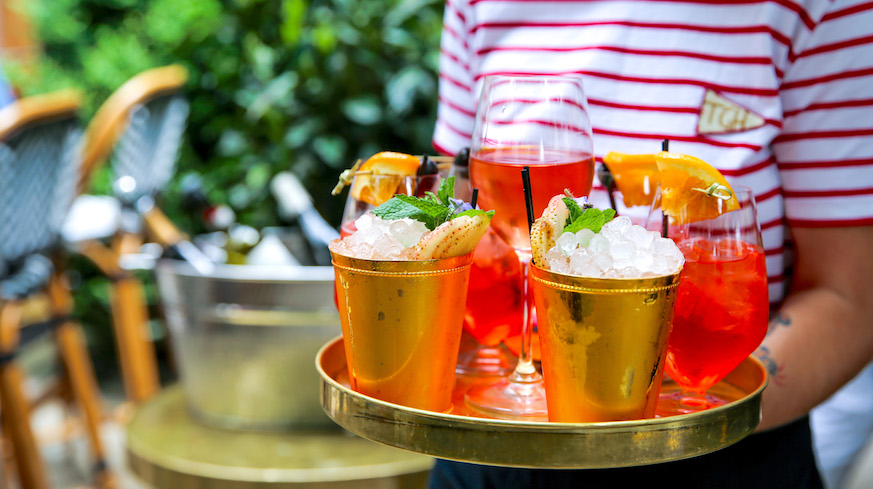 Maison Premiere but outdoors? Yes, please. The striped umbrellas and palm fronds make for a semi-private outdoor hideaway beneath the High Line Hotel at the summer-only pop-up bar The Golden Hour, where you can sip frozen negronis and enjoy a weather-perfect seafood menu while wondering if that’s Peyton Knight behind that frond. 180 10th Ave., thegoldenhournyc.com

As stylish as its neighborhood, new boutique arrival NoMo SoHo Hotel boasts a photo-worthy entrance of soaring vines. Inside, the hotel blends art, music and fashion with stylish furnishings and infinitely Instagrammable walls. Unwind with a frosé cocktail on their Pink Flamingo Terrace, then head downstairs for a lavish meal in the courtyard restaurant. 9 Crosby St., nomosoho.com 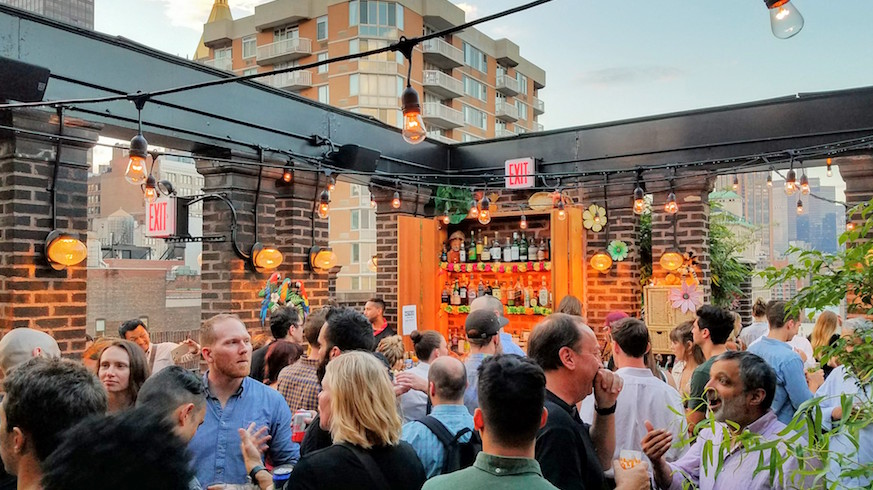 Summer in New York City is terrible, so escape to Miami at the Bohemian rooftop oasis that is Broken Shaker, the hot import serving James Beard-nominated drinks a million miles from the city’s sweltering pavement. 23 Lexington Ave., freehandhotels.com 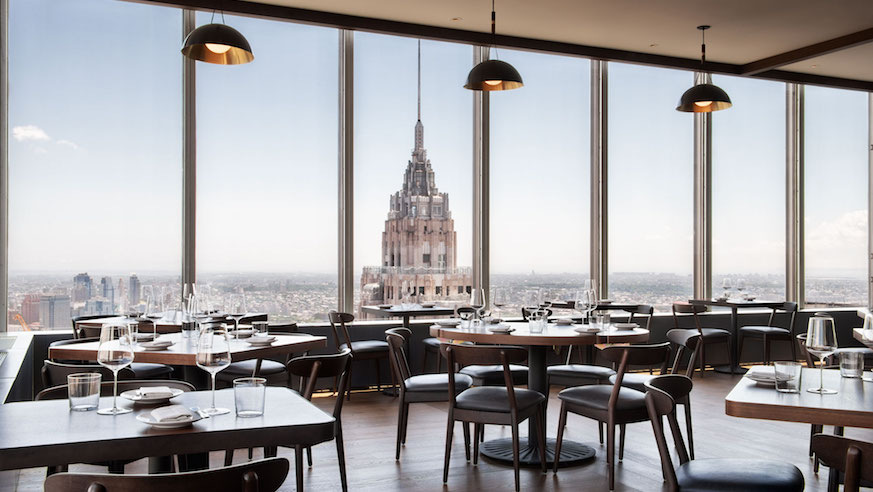 With rooftop bars being so hot, it’s rare to find a restaurant with a view. But the incredible unobstructed 60th-floor views are only part of what’s made Danny Meyer’s new restaurant, Manhatta, the talk of Lower Manhattan. Chef Jason Pfeifer turns out seasonal food with French flavors accompanied by a deep wine list to soothe every level of “I’ve had a day.” 28 Liberty St., manhattarestaurant.com 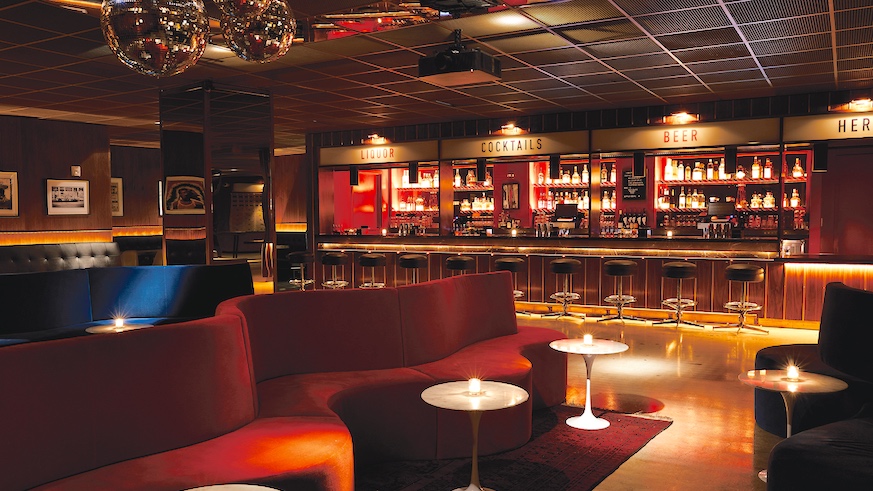 After the runways are done, both models and designers need to blow off some of the nervous energy. Lower Manhattan has been a hub for shows and parties for a couple years now, but now there’s a place to dance, too: Mailroom, the plush underground club co-created by The Surf Lodge’s Jayma Cardoso, with ‘50s style and music from top talent including LCD Soundsystem’s James Murphy and Gucci Mane. 110 Wall St., mailroomnyc.com 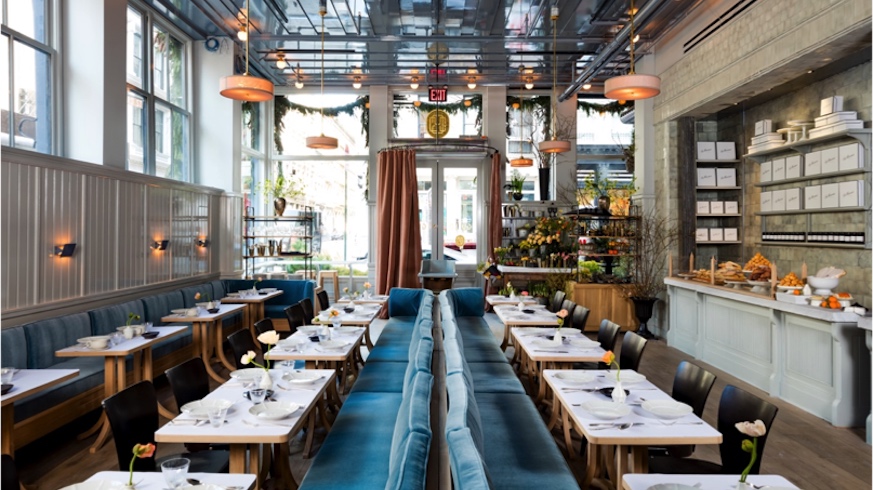 To grab a bite between shows, there’s no more chic spot than on one of the turquoise banquettes inside the airy all-day café La Mercerie. Besides serving up French pastries and more substantial bistro fare, it also does double duty: If you spot something great for your own space, almost everything in the Roman and Williams Guild-designed restaurant is for sale. 53 Howard St., lamerceriecafe.com