Who is George Soros? Everything you need to know about the billionaire – Metro US
News

Who is George Soros? Everything you need to know about the billionaire The Blaze founder often talks about the billionaire on his various platforms. His ire against Soros dates back to at least 2010, when he called the Hungary-born economist a “puppet master” who is “notorious for collapsing economies and regimes all around the world.”

Soros “used to go around with this anti-Semite and deliver papers to the Jews and confiscate their property and then ship them off,” Beck added. “I am certainly not saying that George Soros enjoyed that, even had a choice. I mean, he’s 14 years old. He was surviving. So I’m not making a judgment. That’s between him and God.”

Beck was criticized for his comments, but still has plenty to say about Soros. 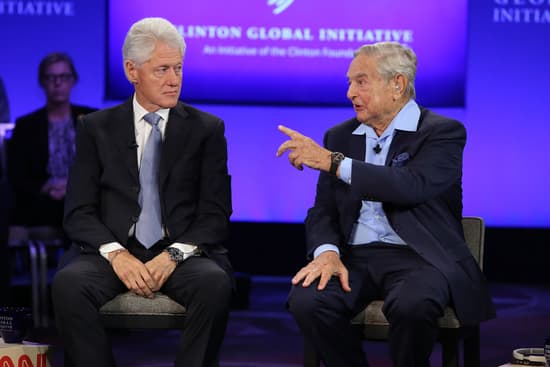 “Perhaps the most disturbing of all radical Democratic billionaire donors is the Fabian socialist, George Soros, who openly seeks a new world order and financial world order,” he said in his Evil Progressive Donors series. “Soros is openly anti-American, anti-Constitution and actively seeks to correct the ‘flaw’ that ‘only Americans have a vote in Congress’.”

Soros is often portrayed as a villain who backs many liberal causes in an effort to harm the United States, but few really know why. So, who is George Soros, and why is the left so obsessed with him?

Who is George Soros?

George Soros — born György Schwartz in Budapest on August 12, 1930 — escaped from his home country after World War II and put himself through the London School of Economics and eventually earned a Master’s degree in philosophy.

His career in the financial world really began with his first hedge fund, Double Eagle, in 1969 and in 1970 formed Soros Fund Management, later known as the Quantum Fund. He gained notoriety in the early 1990s for shorting the British Pound, leading the country into Black Wednesday in 1992 — and adding $1 billion to his wealth in the process.

Who is George Soros supporting politically?

Though he was active in European philanthropy — including in his home country of Hungary — during the 1990s, Soros’s foray into U.S. politics didn’t start until the 2004 presidential election when he gave John Kerry $20 million in his run against George W. Bush.

He also helped fund the liberal think tank Center for American Progress and MoveOn.org — and he started talking openly about conservatives, saying that the U.S. would have to experience “a certain de-Nazification process” once Bush left office.

Soros also backed President Obama during his first election, but told the New York Times that Obama was “actually my greatest disappointment” because he never asked for Soros’ advice.

“He made one phone call thanking me for my support, which was meant to last for five minutes, and I engaged him, and he had to spend another three minutes with me, so I dragged it out to eight minutes,” he told the Times. “He was someone who was known from the time when he was competing for the editorship of The Harvard Law Review to take his supporters for granted and to woo his opponents.” 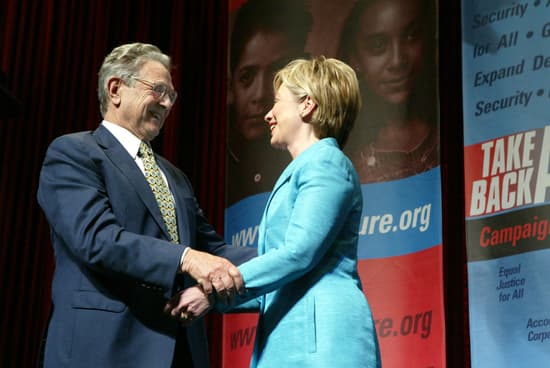 Soros donated $25 million to Hillary Clinton and other democratic causes during the 2016 election — and he’s often accused of silently backing everything from the 2017 Women’s March and the Occupy Wall Street protests. He did provide millions to the Women’s March through his Open Society Foundations, but didn’t pay people $300 to show up.

But though he’s supported his opponents, Soros is complimentary of President Donald Trump, telling the times that he was “very afraid” that he’d “blow up the world,” but is pleased with how he’s reached out to Kim Jong-un and North Korea.

“I think the danger of nuclear war has been greatly reduced, and that’s a big relief,” he said.

But don’t expect the answer to “who is George Soros supporting politically” to turn to conservative candidates. He’s predicting a Democratic landslide in the 2018 midterm elections.

Trump is a “purely temporary phenomenon that will disappear in 2020, or even sooner,” Soros said.