The Bachelor season 23 has reached week four and to add a little levity to the situation, Chris Harrison announces to the women that they’ll be going where the show has never gone before: Singapore. Giving the Bachelorettes just one hour to get ready, everyone seems stoked on the surprise trip. But flying half-way around the world doesn’t erase the drama from the household.

Between the ongoing issues between former beauty queen besties, Hannah B. and Caelynn, and the new feud that has quickly formed between Demi and Courtney, Monday’s episode brought a fair share of jaw-dropping moments. With that said, here are all the highlights from The Bachelor season 23, episode 4.

In his card to Tayshia, who was lucky enough to receive the first one-on-one date of the week, Colton referred to them “falling in love.” But what Tayshia didn’t realize that meant was leaping off a very high structure with just a rope tied around her waist. Needless to say, both Tayshia and the former NFL pro expressed a definite fear of heights. As Colton said, he’d never done anything like this before due to his professional career but since he now has the freedom to do adventurous things, he felt this was the perfect time to face their fears head-on. So he bungee jumped at the beach, and Tayshia was soon to follow.

There’s nothing like a life-threatening experience to bring two people together, and after they plummeted to the sands below, Tayshia joined Colton in the ocean where they stripped down to their swimsuits and got a bit intimate. Later that evening, while at dinner, Tayshia revealed something about her to Colton she’d been keeping close to the chest. “The past year-and-a-half has been hard,” she told him, before revealing she was married to her first ever boyfriend and after six years together, they had divorced. Referring to the experience as “the toughest thing I’ve gone through,” Colton opens up, himself sharing his own parents were divorced. Refusing to place judgment on her quest for happiness, he gave her the first rose of the night before sharing a romantic ride on a Ferris wheel. 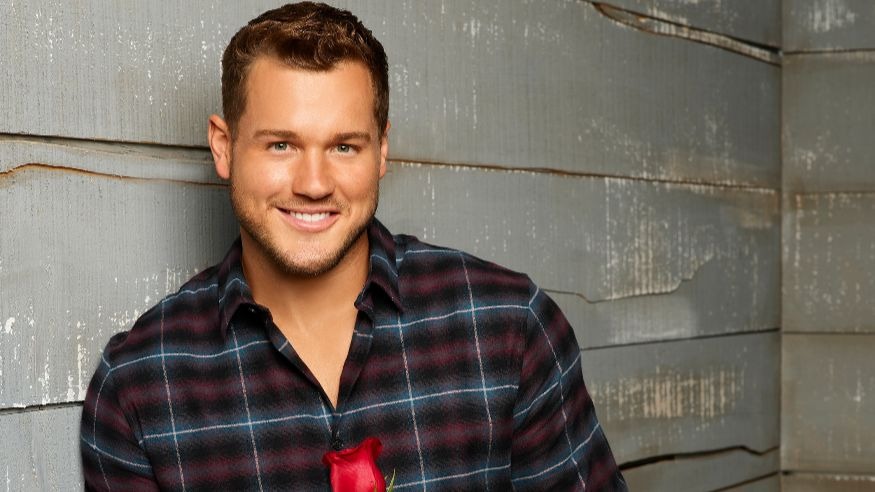 Hannah B. confronts Colton after an adventurous group date on The Bachelor season 23

The only person not named during the announcement of the first Singapore group date was Caelynn, which, as you would expect, rubbed Hannah B. the wrong way. Still, she tried to make the best of a date which found Colton and the girls playing with leeches before eating some adventurous foods, like bullfrogs, pigs feet, eel, fish eyes and more. Throughout the date, Hannah B. admitted she felt ignored by the Bachelor, so she took one for the team and ate one of the fish eyes, in an attempt to get Colton’s attention. Once the date was over, she sat down with Colton to set things straight after last week’s episode, where the drama between Caelynn and her impacted his behavior. Hannah admitted to Colton during the night portion of the group date that she was afraid she would need to take a step back given everything that has happened. “I’m okay with you two not seeing eye-to-eye, as long as it doesn’t affect us,” Colton replied with a kiss, saying, “Today, I felt like I got my Hannah back.”

The one-on-one date between Caelynn and Colton began with an epic shopping spree. Once she returned to the house, with a whole bunch of bags on each arm, the women found it difficult to express happiness for her and all the dresses and shoes the former footballer bought her. Cassie found it difficult to keep her composure, even breaking down in tears in front of the camera.

Things shifted to an unexpectedly serious tone, however, when Caelynn revealed to Colton on their date, that she had been the victim of rape in college, four years ago. “Tonight is important because I have to talk to Colton about an experience that I’ve been through,” Caelynn said to camera, “And it’s not a conversation that I enjoy having with anyone. There are things that I’ve struggled with and that’s intimacy. I like to be this happy-go-lucky, fun person, but it’s a conversation we need to have.”

In her admission to Colton, she revealed that while at a party with a few of her friends, they became victims of date rape at the hands of a group of frat guys. Her emotional story prompted Colton to share one of the reasons he’s still a virgin, and it involves his previous relationship with Olympic gymnast, Aly Raisman, who is also a survivor of sexual assault. Raisman was one of 150 women to come forward and accuse former USA Gymnastics doctor, Larry Nassar of sexual abuse in 2017. “I want you to know with me, you’re safe,” Colton said to Caelynn before revealing more about his experience with Raisman. “She was sexually abused, and for me, that was the hardest thing I ever had to watch. Going through something with someone, looking into her eyes and just knowing the pain associated with it. Who am I to feel the pain when I wasn’t the victim?”

After Caelynn’s breakthrough with Colton, she realized her drama with Hannah B. had to end. Caelynn pulled her former friend aside, saying they should be supportive of each other. They both acknowledged their drama got blown out of proportion and, after their brief chat, it looks like they were able to clear the air and bury the hatchet. As Hannah B. put it, “World War III was averted tonight.”

But as one feud was put to rest, another one exploded. Throughout the entirety of the episode, Courtney had been having issues finding the confidence to strike up a talk with Colton. After she confided in Demi, the 23-year-old gave her advice to be confident, before turning around to get even more time with Colton as Courtney continued to sit on the sidelines. Needless to say, this rubbed Courtney the wrong way and after she confronted Demi, putting the girl’s maturity in question, Demi decided enough was enough. Taking even more time with Colton, Demi told the Bachelor that Courtney “attacked” her and that she was “the cancer of the house.” Even after Courtney tried to set things straight with Colton, telling him Demi is really the one he needs to watch out for, things looked a bit worrisome for Courtney — after all, Demi had already received a rose from Colton after revealing to him her mother had just been released from federal prison.

This is The Bachelor and it looks like Demi is here to stay!

As the argument between Courtney and Demi escalated across the couch, after both contestants ratted each other out to Colton, Chris Harrison stepped in to announce it was rose ceremony time. After all that, the two women who ended up being eliminated in the end were the contestants Demi had the most drama with so far this season: Tracy and Courtney.

As we watched Courtney say her goodbyes, Demi said to the camera, “Ding dong, the b*tch is dead. Dr. Demi cut out the cancer.” If you were worried Demi wasn’t going to continue being that Bachelor contestant, rest assured, it seems like she’s in this for the long-haul … or at least until Colton realizes Courtney was right when she said who the real cancer in the house was.