Why did they kill off Alex on Designated Survivor and was her death an accident? – Metro US
Television

Why did they kill off Alex on Designated Survivor and was her death an accident? 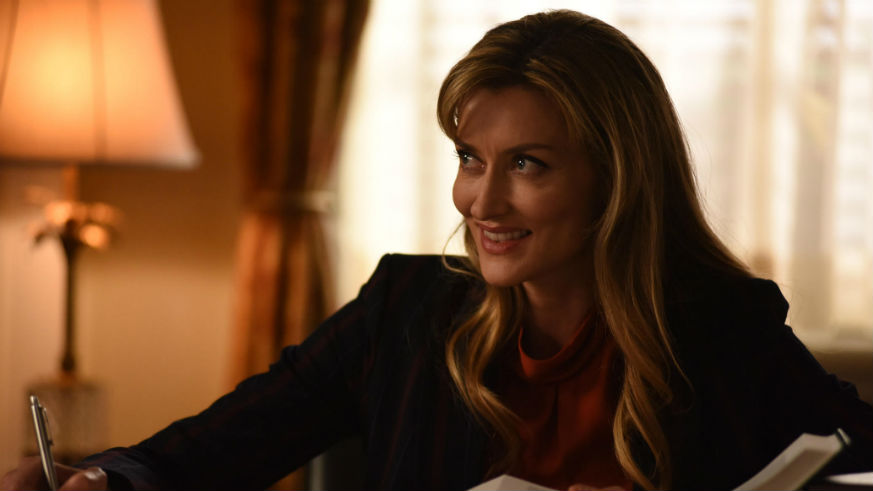 This isn’t an is-she, isn’t-she situation. It’s clear that the first lady is dead, and Designated Survivor must move on without her. But why did they kill off Alex? And was her death an accident, or is the show about to reveal an assassination plot about which even eagle-eyed viewers knew nothing.

How did Alex die on Designated Survivor?

The Designated Survivor season 2 midseason finale was going well — a little too well. Things were looking rosy for the Kirkmans, both Tom and Alex. Tom managed to negotiate what looked like an unwinnable situation with a religious group so loyal to their values that they had almost literally walked through flames for them by placing themselves in front of a wildfire.

Alex, too, had a major victory. She managed to shake off the investigation into those fake bribery and obstruction charges. Then disaster struck.

Just as you thought things were taking a positive turn for the couple, a vehicle side-swiped Alex’s escort. The show was very clear that Alex died. Kiefer Sutherland even made us reach for the tissues when he crumbled under the emotional damage of her death.

Was the Designated Survivor Alex death an accident?

We have to ask. It’s a political drama and it starts with a major conspiracy involving the deaths of many members of the government, so it’s not such a stretch to think that maybe Alex was killed off because of her clash with FBI director Forstell (played by Reed Diamond) or, you know, just for being married to Tom.

But an exclusive preview given to TV Guide for Designated Survivor season 2 episode 11, or the midseason premiere, reveals — or maybe it’s just another deception — that the car accident that caused Alex’s death was indeed accidental, a result of nothing more than the driver texting behind the wheel.

Why did they kill off Alex?

Although you might not have seen the news around Natascha McElhone, who played Alex, it was no secret that she was leaving the ABC show. News that she was joining a Hulu show with Sean Penn broke last September, so a goodbye was anticipated — but no one knew how it would happen. But why did they kill off Alex? Isn’t that a little extreme?

“Yeah, look, I think there were other opportunities for an actress we love, and we knew she wanted to do the cable series,” Keith Eisner told TV Guide about the decision. After acknowledging that there are other ways to write out an actor or actress itching for another project, he explained that “the more we spoke about it, with Natascha and the network and studio, the more we recognized we had a tremendous opportunity here to create a new world for a show about a president, which is a president by himself, a president dealing with the aftermath with the loss of his wife.”

It hurts viewers for Tom that he and Alex didn’t get to reconcile except through a voicemail before she was killed but, Eisner explains, “The lack of resolution is very true to life.”

Having an answer to the question why did they kill off Alex isn’t much of a comfort. We know. But if there’s one consolation for viewers, it might be that this unexpected twist — no matter how tragic — might make for some really compelling episodes of Designated Survivor. “[W]e haven’t seen this in a television show,” Eisner mused. You’ll see how the decision to kill Alex off impacts Tom when Designated Survivor returns for the back half of season 2.