Why skipping classes in college is never a good idea Sure, skipping class was almost a rite of passage during those last days of high school. Stakes were low at that time. After all, you had probably already been accepted to the college of your choice and you were in the tight clutches of that illness that was going around called “senioritis." But, now that you are in college, it’s time to reset your perspective around attending class because there might be actual financial consequences for skipping out in favor of getting a few extra hours of sleep.

The cost of skipping class in college 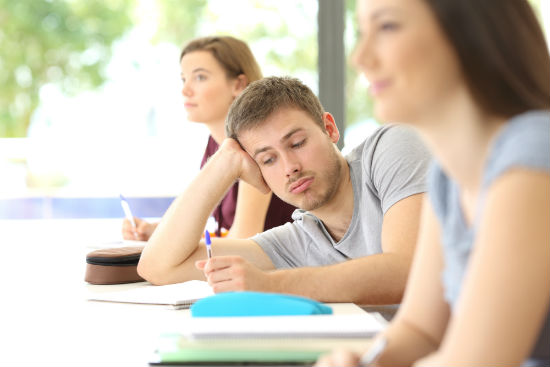 So by taking these averages into consideration, you can accurately take into account how much money you will basically flush down the drain for every class you just “don’t feel like going to." After all, the average college course fulfills around three credits. That means that one course in a semester will cost you on an average of  $975 if you attend a four-year public school and $3,117 if you attend a four year private school. With each semester running fifteen weeks and each course meeting on average of two to three times a week, this means you can give each specific class a monetary value.

Say, for instance, you are attending a four-year public school. Skipping class will cost you $32 each time. That may not seem like too much in the grand scheme of things. The money is not disappearing out of your wallet everytime you duck out of class to go hang out with friends. But, now is the time in your life where you need to start planning for the future and chances are you will be paying back that money later on after you have graduated. This doesn’t even go into how missing a class will work against you keeping your GPA up, as missing one lecture can sometimes severely impact how well you grasp the material in any given course. If a certain class is not peaking your interest, make sure to drop it before things really start to spiral out of control and affect your grades negatively.

So it may have seemed like a thrill in high school, but remember that college is a completely different animal and that skipping class should be a habit you leave in the past.