Will there be a Punisher season 3? Here's what we know - Metro US
Television

Will there be a Punisher season 3? Here’s what we know The second season of Marvel and Netflix‘s The Punisher is now available to stream, but will there be a Punisher season 3? Asking such a question the same day as the season 2 premiere might not seem fair, as the new batch of 13 episodes hasn’t had the time necessary to prove itself. Considering Netflix’s recent penchant for canceling its roster of original live-action Marvel shows, however, the question is sadly relevant this soon in the process… if not even sooner.

Will there be a Punisher season 3?

In the final scene of The Punisher season 2, Frank Castle (Jon Bernthal) ambushes two rival gangs in a warehouse. Having just blown off Agent Dinah Madani’s (Amber Rose Revah) offer for slightly more legitimate work, the so-called Punisher has instead chosen to trick the gangs into meeting each other in the abandoned building. Before they have a chance to figure what’s happening, it’s too late. “I’ll dance with you,” he declares as he brandishes two massive machine guns and opens fire. 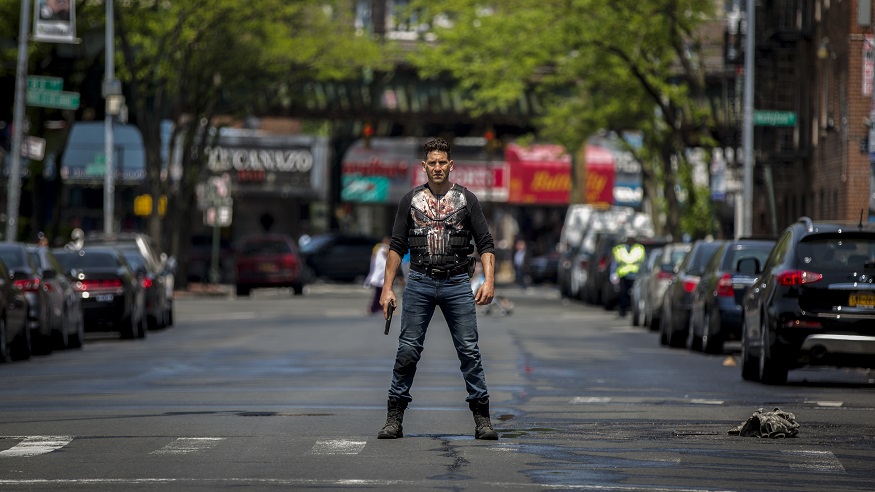 In many ways, both this final scene and image are a perfect representation of what the character of Frank Castle has always been in the comics. As the Punisher, he has always been a vengeful angel whose primary goal has always been the destruction of any and all people who have done, or will do, harm to others. His methods are as devious and as violent as the people he hunts, but this has never really bothered him.

So now that the Billy Russo (Ben Barnes) arc from seasons 1 and 2 is over, where might showrunners Steve Lightfoot and his team take Frank should Netflix decide to order a third season? Thanks to the source material, there’s all kinds of places Castle’s story can go. Unfortunately, with the surprising cancellation of Daredevil after 3 seasons (and Luke Cage and Iron Fist after 2 each), things aren’t looking too good for The Punisher.

Will there be a Punisher season 3?

“If we get to make Season 3, I’ll be absolutely delighted. I would love to make 10 seasons,” Lightfoot told Syfy Wire when asked about the possibility. The head of Marvel TV, Jeph Loeb, didn’t seem as excited when asked about a possible Punisher season 3. “It’s ultimately going to be Netflix’s call, as it is with every show. We are beholden to the network and it’s the network who decides whether or not we’re going to do it.”

Now, Marvel TV parent company Disney getting ready to launch its own streaming service with Disney+, which is already rumored to be gearing up for new Marvel TV shows. Many have speculated that, viewing numbers aside, this new source of competition is one of Netflix’s chief reasons for doing away with its Marvel shows. If this line of argument is correct, then the “network” probably isn’t going to renew The Punisher for another season.

The Punisher season 2 is now available to stream on Netflix.