Will there be a Saved by the Bell reunion? Here's what Mark-Paul Gosselaar told us - Metro US
Television

Will there be a Saved by the Bell reunion? Here’s what Mark-Paul Gosselaar told us Later tonight, longtime actor Mark-Paul Gosselaar will grace TVs across the country when FOX‘s new adaptation of Justin Cronin’s novel series The Passages premieres its first episode. Equal parts broadcast (The X-Files) and cable (The Strain) fare, the blends typical science fiction and fantasy tropes into a seemingly real-world mix tailormade for TV drama. It’s a fun mix, to be sure, and fans of the books it’s based on will no doubt enjoy the show. Yet one of the more interesting things about it is Gosselaar’s involvement. Talk of a potential Saved by the Bell reunion follows him wherever he goes, but so too does a deep knowledge of all things TV.

When Gosselaar spoke to Metro ahead of tonight’s The Passage premiere, the possibility of a Saved by the Bell reunion came up. Yet so did a great conversation about preferences for serialized TV, which has become far more popular these days, over more traditional episode shows. Check out what the 44-year-old actor had to say below.

Having worked on both serialized and episodic TV shows, as an actor, do you have a preference for one or the other?

I really appreciate serialized shows. As a viewer myself, I gravitate towards serialized TV. I think the biggest hurdle for The Passage to get over is the fact that we’re not a show that you can just sit down and stream all at once. It’s a little more difficult for us to pick up the story week to week. We need people to sit there on day to day, which is a huge task nowadays. But that’s just the way the broadcast is. I commend broadcast, and specifically FOX, for going ahead with a very serialized show and trusting that it will find an audience. It’s difficult. I’m asking people to sit down every Monday night at 9 p.m. and watch this thing until it ends. For me, the only show I can think of that I will still sit down for is Game of Thrones. 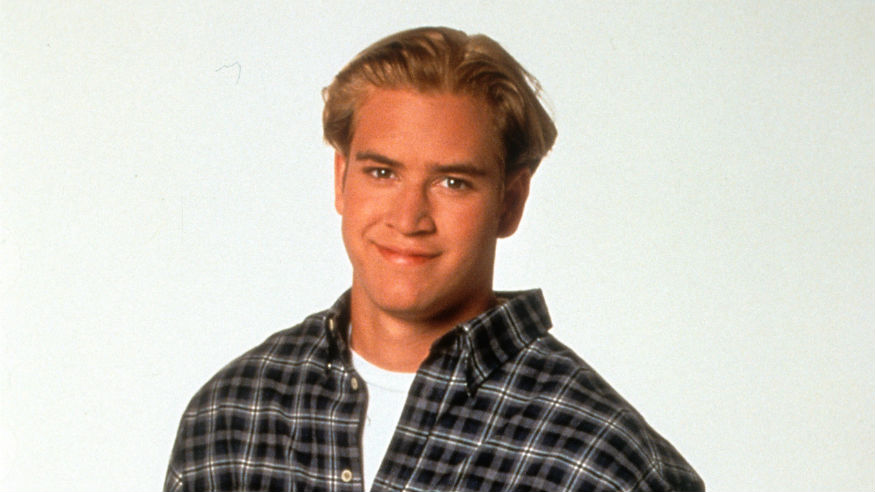 Who knows? The Passage may get the ratings it needs to keep going, but once it starts streaming somewhere, those numbers could skyrocket. It’s happened before.

That happened with Pitch. I still get texts from friends, or other people in the business, saying, “Oh my God, I loved Pitch! I finally got the chance to sit down and watch it. When’s it coming back?” I always have to tell them that it’s not coming back and they’ll usually say, “Why? It’s such a good show.” Honestly, I tell them, “Because you didn’t watch it when it was on.” That’s the problem sometimes with broadcast television nowadays. Good shows like Pitch won’t get the chance to make a second season because they didn’t get the numbers they needed when they were broadcasting, but then they get them after the fact.

It feeds into this huge revival boom we’re having now with classic shows like Full House, Roseanne and Will & Grace. But sometimes, I even hear about it in regards to shows that went off the air just a few years ago.

There were talks of doing something like that with Pitch. I just think that the industry is in a transition period. They’re just starting to work these things out. Timeless was a good example of this. So’s Lucifer. I wish we had done something like that for Pitch. I hope that the same thing doesn’t happen to this show. I hope it finds an audience so that we can continue making it. That’s the thing for us actors, producers, writers and everyone else who’s involved. We want to continue telling these stories, especially when it’s something that we enjoy working on, like this.

You’re in a unique position to reflect on this actually, given your connection to Saved by the Bell. You’re asked about that all the time, but I was wondering what your thoughts were on this revival boom we’re having, generally?

Regarding a Saved by the Bell reunion, I’m completely open for it. I’m completely open to doing something with it again, so long as it’s done correctly. I just don’t know how it would be done. I mean, no one has really come up with much of anything. The only person who has ever approached us with a good idea recently was Jimmy Fallon in 2015. Otherwise, no one has come forward with a project. I’d be interested in doing something along the same lines as what Cobra Kai did for The Karate Kid franchise.

If somebody came up with a project that I think all of us could agree on, and we didn’t think it would hurt what we’ve already accomplished, I think we would all do it. Because I’d like to be sensitive to that. Saved by the Bell is a fascinating study in television and how something just continues to generate new audiences in the decades since its heyday. It’s crazy. I just wouldn’t want to do anything that would tarnish something that’s pretty good the way it is. But we’re definitely open to it, especially given the success of all these reboots.

It will be interesting to see how this trend plays out over the next few years.

The Passage premieres tonight at 9 p.m. ET on FOX.