When Disney’s Wreck-It Ralph won over all of our hearts upon its release in 2012, it did so in a way that went a little deeper than the usual animated crowd pleaser. The film followed the character Wreck-it Ralph, voiced by John C. Reilly, who is the Donkey Kong-like villain in the arcade game “Fix-it Felix Jr.” in his search for finding meaning outside of his “game” and actually being accepted for the “person” he is when the game shuts down. The Oscar-nominated movie’s new sequel Ralph Breaks The Internet will be released in theaters this month and will pick up right where the last film left off where Ralph had finally found acceptance with his new best friend Vanellope, who is voiced by the hilarious Sarah Silverman.

While Ralph had struggled with his role in the first film, Vanellope had always loved her job as a race car driver inside of her game “Sugar Rush”, until one day the steering wheel of the game breaks forcing the arcade owner to unplug the game. Without her job, Vanellope loses her sense of purpose. Ralph then takes her into the world-wide-web to see if they can win a new steering wheel through eBay to get her back into the game. Like the first film, this existential question of whether or not your work defines you is at the center of Ralph Breaks The Internet and question that co-creators Rich Moore and Phil Johnston were not afraid to explore more this time around.

Ralph Breaks the Internet takes its audience on an existential journey 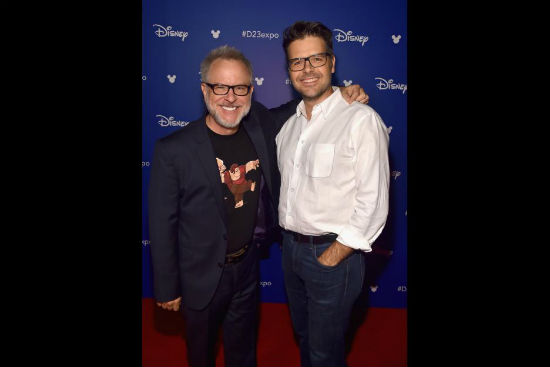 “We thought of Vanellope’s character arch as not being completed at the end of the first movie. That was the halfway point for her,” explains Moore. “Ralph is a little more finished at the end of the first movie. However, we looked at that final line that Ralph says ‘If that kid likes me [Vanellope], how bad could I be?’ and we loved that originally when we wrote it. It’s such a sweet sentiment. But, being the pickers that we are we started to kind of look at that and say that’s not the healthiest attitude to have in life. A guy like Ralph who is so insecure about who he is and is still defining himself by the opinion of another person – be it his best friend – that is very dysfunctional. Even though he thinks he’s landed in the right place, he still has a lot of growing to do. When we discovered that, I felt horrible for the character. I want to feel like he’s okay in the future and that’s not okay!”

Ralph’s journey in the first film had helped him come to terms with accepting that your life is defined by the people and things you care about and not about what you do for your day job. But Vanellope’s dilemma in this new chapter is what happens if your job happens to be the thing that you love in life?

“Vanellope does have this existential dilemma when her game is unplugged,” says Johnston. “To Venelope being a racer is a huge part of who she is. Her job to her is more than a job, it’s something she loves. She’s one of the fortunate people who does what she loves. Ralph could live without his job. For him, having a friend is enough. For Vanellope, her job is as much a part of her passion and who she is in her DNA and her code as anything. The work-life balance is a little out of whack at the beginning when she loses her job so the movie is this quest so she can fix her game and get it back.”

The other cultural, and philosophical, issue that the film tackles is the issue of cyberbullying and its effects on the human psyche. Without spoiling the film, when Ralph enters the internet he puts himself in a situation that opens himself up to the faceless trolling of internet commenters. In Moore’s mind, they wanted to try and approach this modern issue in a way that would not spoon feed the audience with a solution, but rather expand the conversation in a more constructive way. This is also something the duo had done with the issues of racism in their other animated feature Zootopia.

“That is not our job, I feel. To get up on a soapbox and preach about, in the case of Zootopia,  how racism is bad and this is the answer. What we like to do is to put our characters into situations where they experience it and then commit it and how then at the end do they rise above it,” says Moore. “So we get to see, in action, a character experiencing the things that we do and making big mistakes. Then, it’s an example of one person’s journey out of that and rising about it. Hopefully, that will create conversations. I used to love that as a kid when after a movie that had deep themes to them talking to friends afterward, and still do! Talking with friends, family or even just in my own mind recognizing when I’ve been through that and that’s very interesting how the character handled it… That’s what I hope we’re giving back. I got so much from movies growing up and I hope that that’s the type of thing we’re giving back. Not preaching to the audience saying this is how you should live. Just showing an example of here’s someone going through something that you may recognize and this is their way of rising above it.”