According to TMZ — the wildly popular and influential rapper Young Thug has been charged with eight different felonies including possession and intent to distribute such drugs as meth, hydrocodone, and marijuana.

The charges are related to Young Thug’s arrest last September in Georgia where he was pulled over in his car for having tinted windows. When the police searched his car they found a veritable pantry of narcotics such as the ones we mentioned before as well as possession of other drugs such as amphetamine, alprazolam, and codeine. Police also found an unregistered firearm in his car that did not make the situation any better at all. 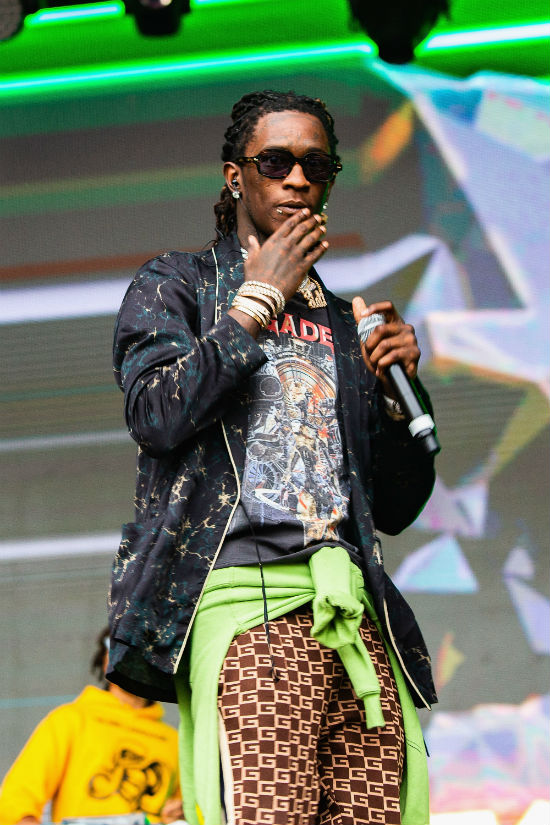 At the time, Young Thug had only been booked for by Georgia police for a felony marijuana charge. But TMZ — in their sleuthing — obtained documents showing that the rapper was charged with seven additional felonies.

So what does this mean for Young Thug? If he is convicted of all of these crimes, it could mean a rather sizeable prison sentence. The rapper is currently on tour supporting the release of his most recent joint mixtape with Future Slime Language. The album has been wildly successful, debuting in the top 10 on the Billboard 100 charts and he is set to perform tonight at the Honda Center in Anaheim, CA as a part of J. Cole’s KOD Tour 2018 with J. Cole, Jayden Smith, and Earthgang. There is no word yet if Young Thug has to cancel any of his upcoming tour dates due to these charges, but we will keep you updated as the story develops.

Check out the current Young Thug tour dates below…