Your guide to Jeju Island, the Hawaii of South Korea – Metro US
Travel

Your guide to Jeju Island, the Hawaii of South Korea Created by volcanic eruptions more than two million years ago, Jeju Island, has been called the “Hawaii of South Korea” thanks to its black sand beaches, tropical climate, dramatic cliffs, and amazing lava tubes.

And because of its beautiful natural landscape and 360 volcanoes dotted about the island, Jeju was named one of the New 7 Wonders of Nature. The diverse scenery lends itself to adventure seekers, who will appreciate the island’s excellent hiking, biking, diving, and fresh air.

From South Korea’s highest mountain to the ancient volcanic craters and “Peanut Island” off the coast, here’s an action-packed guide to help you make the most of the island’s natural beauty.

Jeju is home to the tallest mountain in South Korea, Mount Halla (Hallasan), at 6,397 feet above sea level. It’s in the center of the pristine eponymous Hallasan National Park, which is worth a visit even if you’re not planning to hike to the top. But the trek up Hallasan is considered one of the most rewarding experiences on the island, thanks to the pristine woodlands, mountain streams, abundant wildlife, waterfalls, and views of the amazing Baengnokdam crater. The hike takes roughly 8 to 10 hours roundtrip and is best enjoyed during the spring when the flowers are blooming and most of the ice has melted—though you can expect a bit of snow at the top all year round. 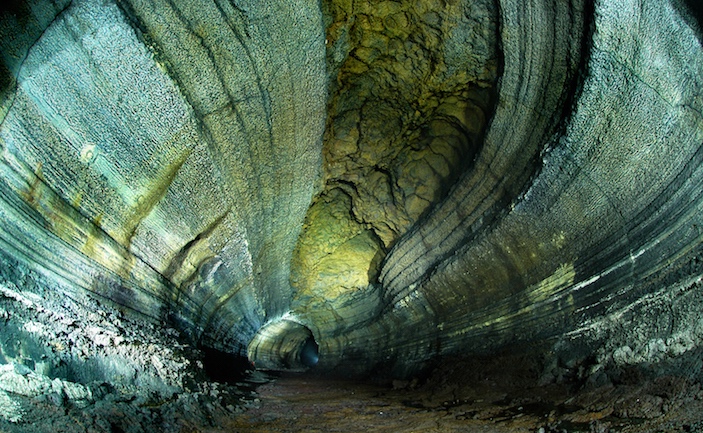 Go Spelunking in a Lava Tube

Formed from volcanic explosions 100,000 to 300,000 years ago, the UNESCO World Heritage site, Geomunoreum Lava Tube System, is one of the world’s most amazing and well-preserved lava networks. After passing through a dense forest, travelers will follow paths to various caves including the most famous: Manjanggul, one of the longest in the world at 8 miles. Though you can only explore about half a mile of the cave, it’s still a memorable experience. Inside, the chilly atmosphere is favored by bats, and enormous stalagmites seemingly erupt from the cave floor while stalactites dangle precariously like icicles.

Some of the best tea in the world is sourced from Jeju Island thanks to the nutrient-rich soil, optimal climate, and mountainous terrain. Travelers can get a sense of the country’s historic tea culture at the ultra-modern O’sulloc Tea Museum in the Seokwang tea fields. Here you’ll find a beautiful glass architecture and a plethora of activities. In addition to green tea tastings and views of the lush paddies, there’s also an indoor garden, a Tea Cups of the World gallery, an interactive space for tea roasting, and a store selling beautiful ceramics and fresh brews. The tea museum is next to the O’ssuloc tea fields, so be sure to allow time to explore the gorgeous estate.

Go for a Bike Ride on U-Do Island

Dubbed “Peanut Island” U-Do is located about 15 minutes off the eastern coast of Jeju, easily accessible by ferries that run every 15 to 30 minutes from Seongsan Port. The island is known for its peanut harvests, peanut ice cream sundaes, seafood hot pot, seaweed soup, and an incredible coastline—black rocky shores and turquoise waters. The easiest way to explore is by bike, though vendors near the ferry pier also rent electric bikes and quirky smart cars. A leisurely bike ride around the island will take about 3 hours with time to stop for lunch, ice cream, and spectacular views. In order to buy ferry tickets to Udo, you’ll need a digital copy of your passport—or the real thing—to show the ticketing office.

INSIDER TIP: For the best peanut ice cream and dramatic cliffside views, stop for a sweet treat at Jimmy’s Natural Ice Cream. The owner, Jimmy, says it is the original peanut ice cream shop on the island. The ice cream is all homemade and best enjoyed at one of the tiny tables overlooking a cove below. 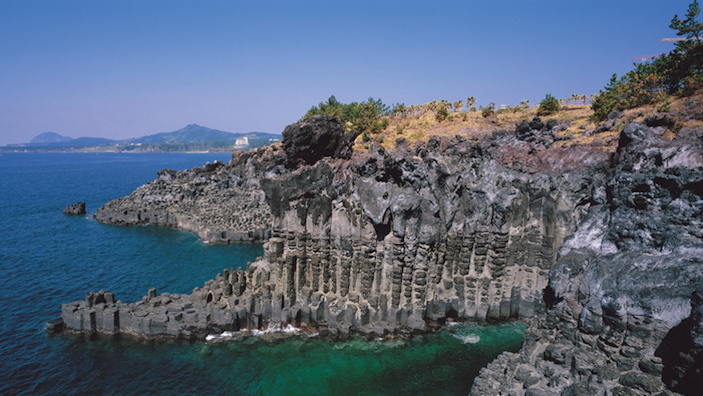 One of the most scenic and relaxing ways to explore Jeju’s natural scenery is on foot, via the “olle” trails. This network of trails comprises 26 interconnected treks, the longest is about 14 miles long. The majority of the trails trace the craggy volcanic coastline, but Trail 14, on the western side of the island, ambles through the lush countryside farther inland, passing by farms, orchards, and forests.

INSIDER TIP: One of the best times of year to explore the olle trails is in March and April when never-ending fields of gorgeous yellow canola flowers bloom and light up the island.

For the rest of the best things to do on Jeju Island, like where you can go inside a volcano, visit Fodor’s.