Your guide to the terms and phrases of ‘The Handmaids Tale’ Another season of The Handmaid’s Tale is nearly upon us. Premiering on April 25, the second season of the hit series continues to be frighteningly relevant and utterly unique. And one of the most unique parts of the series continues to be its vocabulary of phrases, created specially for Gilead, the fictional dystopia formerly known as the United States.

Need a refresher course on the terms and expressions of everyone’s favorite fictional oppressive and totalitarian patriarchy? Not to worry! Ahead of tomorrow’s premiere, here’s an essential guide to the terminology of The Handmaid’s Tale. Under his eye, my dudes.

Aunts: Older women who are “true believers” in Gilead’s totalitarian government. These harsh and cruel mistresses are responsible for grooming Handmaids to live in the houses of the Commanders. 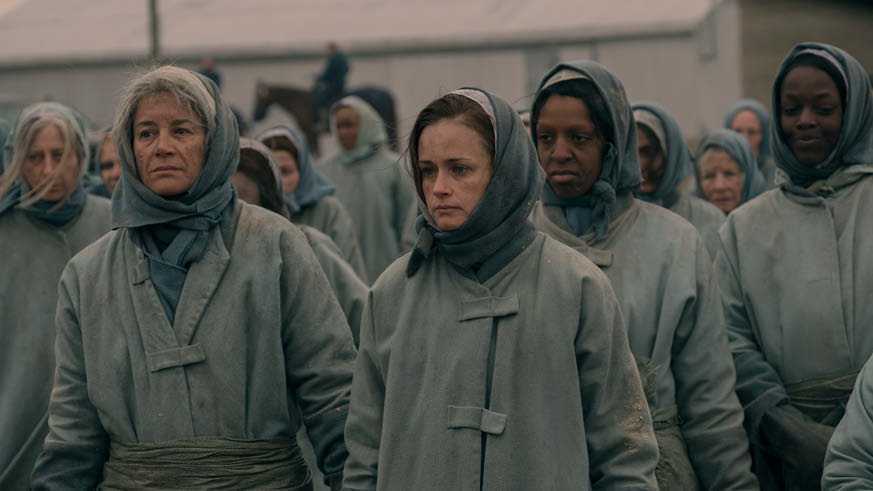 A group of Unwomen working at the Colonies. Hulu

Colonies: Areas of toxic, radioactive waste that are cleaned by women that have been ousted from Gilead, including Unwomen.

Ceremony: When a Handmaid is ovulating, she’s invited for a creepy tradition where the Commander has sex with her while she lays between his wife’s legs. You know, to conceive.

Commanders: The highest-ranking men in Gilead and the only dudes assigned Handmaids to, you know, impregnate.

Econowives: These are working class women who are married to men who aren’t Commanders — and weren’t forced to become Handmaids.

Eyes: Secret — and sometimes undercover — police officers that work for the Republic of Gilead, detecting traitors and keeping track of any suspicious activity.

Gender Traitors: This term is used to describe men and women who engage in same-sex activities.

Guardians of the Faith: Young, low-ranking men. Some work with and live with Commanders, others patrol the streets of Gilead, maintaining order with intimidation and machine guns. 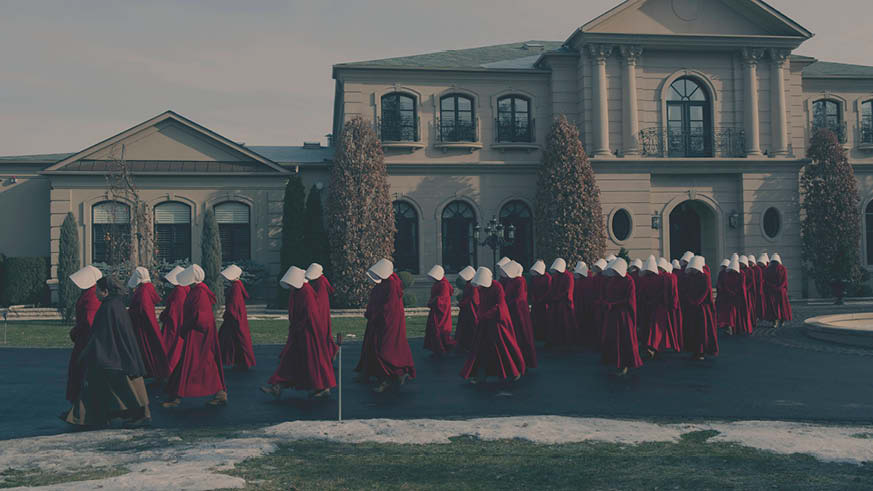 The titular Handmaids, who are always dressed in red. Hulu

Handmaids: Fertile women assigned to Commanders and their wives for two years to help the couple conceive. Handmaids are women who have been divorced, were married to a man who had been divorced before Gilead, or never married.

Marthas: Infertile women that are made to work as both cook and servant in the households of Commanders.

Unwoman: A lady that has the misfortune to be infertile, unmarried, widowed, a feminist, a lesbian, a nun, or generally question the rule of Gilead. Almost always sent to work — and die — in the Colonies.