The number of people experiencing homelessness in New York City has been growing, according to an annual report from the U.S. Department of Housing and Urban Development (HUD).

HUD’s Annual Homeless Assessment Report for 2018, released this week, found that on a single night in Jan. 2018, a total of 552,830 people experienced homelessness across the country. New York City accounted for 78,676 of those people, or just over 14 percent of the nation’s homeless.

“These numbers just show that we are in the midst of a sustained and growing homelessness crisis with no end in sight, and a growing economy will not solve this crisis on its own,” said Giselle Routhier, policy director with New York City-based service organization Coalition for the Homeless, in a statement to Metro.

“Both the city and the state need to put full resources behind tackling this problem,” she added. “The city needs to immediately dedicate 30,000 units of the mayor’s housing plan, including 24,000 created through new construction, for homeless households. The state must immediately implement Assembly Member Hevesi’s Home Stability Support proposal and the governor needs to fulfill the reminder of his supportive housing commitment: 14,000 units remaining to be funded.”

Though homelessness in New York City is up, the five boroughs had one of the lowest rates of unsheltered homelessness.

Homelessness in New York City and beyond

Nationwide, the number of homeless people on a single night increased by 0.3 percent between 2017 and 2018, according to the HUD report, but the unsheltered population went up by 2 percent over that same time period.

Across the country, the number of people experiencing homelessness in families with children is down by 2 percent compared to last year and by 23 percent since 2007. This population, though, accounts for the largest share of homelessness in New York City. 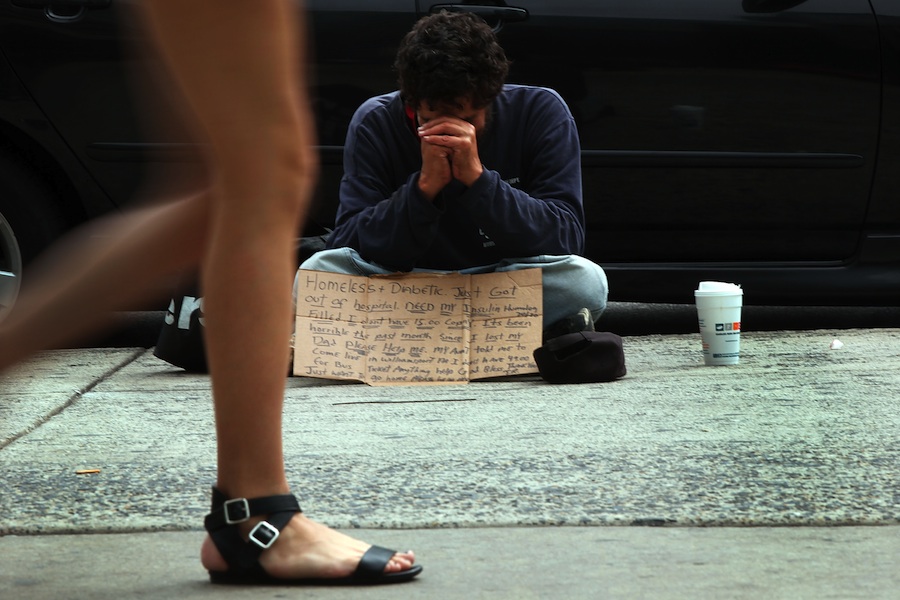 One-quarter of all people in families with children experiencing homelessness in the country did so in New York City, per the report, and all of those 45,285 people were sheltered here.

Overall, HUD says the nation’s homeless population has been shrinking. The number of individuals experiencing chronic homelessness is down 16 percent, or 17,000 people, since 2010, and the general number of people experiencing homelessness has dropped 13 percent in the same time.

One reason for the small uptick in this year’s homeless population nationwide was due to natural disasters like Hurricanes Maria, Irma, Harvey and Nate, as the west coast wildfires.