19 Fun Things to Do in NYC on Veterans Day Weekend It’s looking to be a chilly Veterans Day Weekend, but don’t let that stop you from enjoying all the many things to do in NYC. If you haven’t already, take a stroll to see the city’s newest celebrity: the Central Park duck. New on the Instagram pop-up gallery scene is Mickey Mouse: A True Original in Chelsea and the nearby Museum of Illusions. In the fine art world, Whitney Museum members already have access to its massive new exhibit on Andy Warhol — the rest of you will have to wait until Nov. 12. 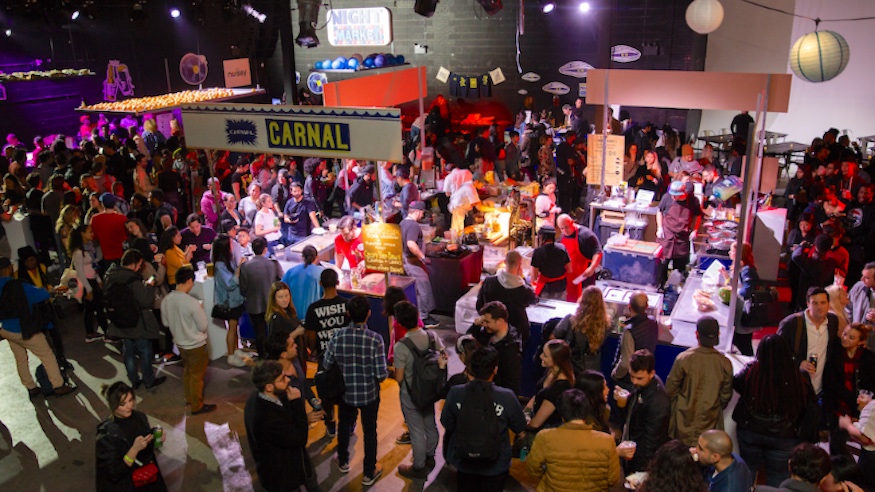 Things to do in NYC: Smorgasburg comes to Manhattan

The founders of Brooklyn’s biggest outdoor market (now indoors through spring at Atlantic Center) know you don’t like crossing those bridges. So they’re bringing Smorgasburg to Manhattan for a pop-up market at the World Trade Center’s Oculus Plaza featuring 20 food vendors and a beer garden, open Nov. 9-10 from noon to 7 p.m. There’s also Smorgasburg’s new night market with Vice returning on Fridays through Dec. 21 at Villain in Williamsburg (307 Kent Ave.)

Broadway’s biggest star — literally — has arrived. The unconventional musical King Kong opened Thursday night at the Broadway Theater on Nov. 8, a thrilling achievement of puppetry that you have to experience in person to believe. Though the story retells the 1933 film, this is a King Kong that’s been revised for our modern time. This is what live theater is all about. kingkongbroadway.com

If you love the stories of Sir Arthur Conan Doyle’s legendary detective, the Liberty Science Center will help hone your skills with its new International Exhibition of Sherlock Holmes. Immerse yourself in the Victorian era to learn Holmes’ forensic techniques, then solve a crime by collecting evidence. Through May 27, 2019, 222 Jersey City Blvd., Jersey City, $29.75, lsc.org

Looking for a one-of-a-kind piece for your home (or for a gift?) by the art world’s most promising talents? The Other Art Fair brings together 130 independent artists curated by a panel of judges for a worldwide tour that starts this weekend at the Brooklyn Expo Center, plus panel discussions, site-specific installations, workshops and live music. Through Nov. 11, 72 Noble St., Greenpoint, theotherartfair.com

Taking sex out of the shadows

The era of staying silent is over for women, but the personal and professional costs of speaking up are still very high. To explore sexuality’s inherent relationship to power, the civic engagement organization for artists For Freedoms curated My Silence Had Not Protected Me, a powerful group show at Fort Gansevoort gallery that explores how sexuality is exploited and how women nonetheless find ways to celebrate it. Nov. 9-Dec. 22, 5 Ninth Ave., fortgansevoort.com

The best of the comedy world takes over pretty much every stand-up venue during the New York Comedy Festival, going on now through Nov. 11 with more than 200 comedians presenting over 100 shows, including names like Anthony Jeselnik, Conan O’Brien, David Cross and Tracy Morgan. nycomedyfestival.com 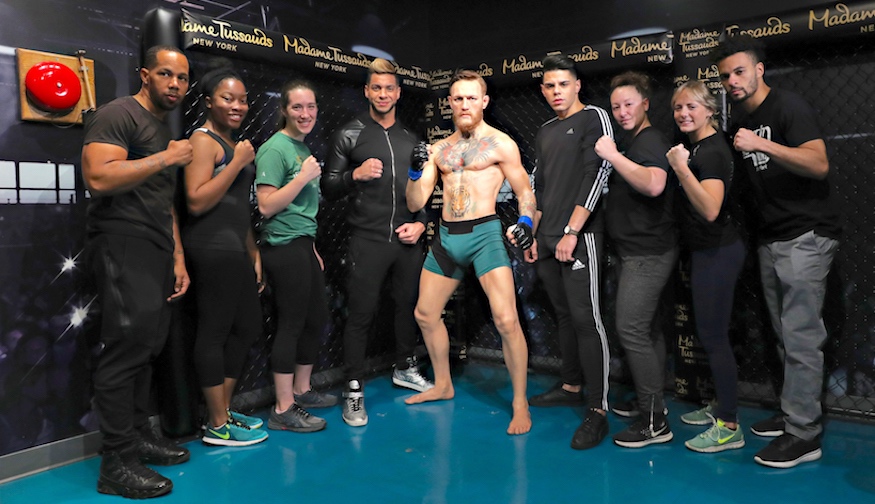 Things to do in NYC: Get into a (fake) fight

Madame Tussauds New York has a new resident: UFC champion Conor McGregor. Part of the wax museum’s Sports Zone has been transformed into an MMA-themed space with interactive experiences and the chance to pose with a man you’d probably be too scared to stand next to in real life, let’s be honest. The exhibit is included with general admission, which starts at $29.95 online. 234 W. 42nd St., madametussauds.com

The best of the world’s theater comes to NYC

The curators of the acclaimed Fringe Encore Series go all over the world to scout the best theater productions of the year, then bring them to SoHo Playhouse. This year’s entries feature comedies, dramas, cabaret and even shadow puppetry from Edinburgh, Hollywood, Orlando, Toronto and some local stars, too. Through Dec. 12, fringeencores.org

Dance to the Diwali beat

One of NYC’s best loved festivals is back: Brooklyn Crush, serving up wines by dozens of vineyards all over the world paired with artisanal bites by Brooklyn food vendors and makers at Industry City. Nov. 10, two sessions: 2-5 p.m. and 7-10 p.m., 220 36th St., Sunset Park, $50 and up, eventbrite.com

A deep look at our world, right now

The world’s largest documentary festival with over 300 films and events takes place right here in New York. Doc NYC 2018 keeps its range broad, from lighthearted fare like a look inside the world of the most diehard boyband fans to the woman who serves as the legal guardian of 2,000 migrant children and Lady Parts Justice League’s fight for reproductive rights. Through Nov. 15, docnyc.net

Marvel at the ultimate gingerbread village

Most of us are proud of making a single gingerbread house, but Jon Lovitch makes an entire village every year at the New York Hall of Science — four times certified as the largest in the world by the Guinness Book of World Records. GingerBread Lane returns on Nov. 10, where you can gaze upon the homes Lovitch lovingly designs, bakes and decorates in his Queens home. The museum also holds workshops throughout November and December to make your own. Nov. 10-Jan. 21, 2019, nysci.org

Take a trip to Ghostland Observatory

Austin duo Ghostland Observatory are known for their innovative live concerts as much as their music, which fuses electronica, rock and funk. After a five-year break from making new music, during which they’d crash the occasional festival or two, they’re back with their fifth album at Warsaw this Saturday. Nov. 10, doors at 8 p.m., 261 Driggs Ave., Brooklyn, $35, ticketweb.com

Saluting those who serve

On Nov. 11, we pause to remember the men and women who have served our country and fought for the freedoms we enjoy. The annual parade in Midtown begins at 11 a.m. with 25,000 marchers, including 30 floats and 150 vehicles. parade.uwvc.org

Taste all the ciders

New York Cider Week 2018 wraps this Sunday with a Hard Cider Festival and Market at Brooklyn Cider House. Our favorite place to drink — and just as importantly, catch! — cider in the city is hosting free tastings of over 60 varieties, or come for a five-course dinner with cidermakers that night with paired tastings ($125). Nov. 11, tastings 11 a.m.-4 p.m., dinner 6-9 p.m., 1100 Flushing Ave., Bushwick, brooklynciderhouse.com