Starting tomorrow and running until Monday, June 3, the IFC Center’s 3rd annual  Split Screens Festival will be hosting six days of informative and revealing talks from some of the most interesting creators and actors working in television today. The festival will feature close-up conversations with artists such as Pamela Adlon from FX’s “Better Things”; Christopher Abbott from Hulu’s recent adaptation of “Catch-22”; Sam Esmail, the creator of “Mr. Robot”; and many more.

As editor in chief of RogerEbert.com and a TV critic for New York Magazine and Vulture, not to mention a finalist for the Pulitzer Prize, festival co-creative director Matthew Zoller Seitz is a TV fan’s favorite critic and knows what layers viewers would most enjoy seeing peeled back at a festival like this.

“What separates our festival from other festivals is the emphasis on process. I like to compare it to a convention of magicians showing you how they did their tricks,” says Seitz. “When we interview an actor, we talk about the specific creative choices that they make in their performance. When we talk to a writer, we’re talking about the narrative architecture of the show and how they set up and pay off surprises, and things of that nature.”

We recently sat down with both Seitz and noted TV critic Melanie McFarland, who joins the festival for the third time, to discuss some of the events that they are most excited about at this year’s IFC Split Screens Festival. 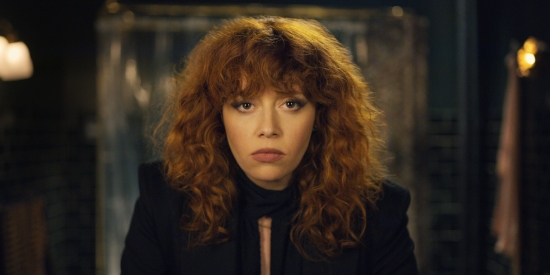 Inside “Russian Doll”: A Guided Tour of Time, Space, Death, and Resurrection

“We’re going to talk about the creation of that world from top to bottom, how every detail reinforces every other detail,” explains Seitz of the event.

Friday, May 29, 6:30 p.m.
After years of smaller roles and voice work, Pamela Adlon has emerged as one of TV’s premier auteurs. The Emmy Award-winning actor, writer, producer and director will be sitting down to discuss the show’s most recent, brutally personal season on FX — her first since breaking with her longtime creative partner, Louis C.K.

“‘Better Things’ had such an extraordinary season,” says McFarland. “She [Adlon] has owned that show from the beginning, but for reasons I don’t think I need to get into, this is the first season she has gone through solo. I have made a conscious effort not to mention that person’s name, because this show has been entirely hers and she has taken such great joy in talking about everything that she has brought to fruition this season.”

Saturday, June 1, 11:30 a.m.
This event, hosted by McFarland, will be a tribute to some of television’s greatest female characters and ultimate badasses on television. In attendance will be presenters Jessica Aldrich, Delia Harrington, Emmy Potter, Connor Ratliff, Jamie Velez and critics Caroline Framke, Soraya McDonald and Sonia Saraiya, who will be discussing characters such as Sydney Bristow of “Alias,” Lana Kane of “Archer,” Julia Wicker of “The Magicians,” and Anya, the unsung demon doll of “Buffy the Vampire Slayer.”

Saturday, June 1, 3:30 p.m.
On Saturday, the festival will be playing the first episode of Hulu’s adaptation of the Joseph Heller World War II classic, “Catch-22,” on the IFC Center big screen, with a sit-down interview with show’s star, Christopher Abbott, to follow. While Abbott has been working hard and defining himself as a force to be reckoned with in many memorable turns in smaller independent productions since his time on HBO’s “Girls,” this show is sure to be his breakthrough moment.

“I really think he is potentially the next big thing,” says Seitz, who will be interviewing Abbot after the screening. “He plays Yossarian and is just truly tremendous in this.”

“The Good Place”: A Conversation With William Jackson Harper

Sunday, June 2, 2:30 p.m.
The success of NBC’s “The Good Place” makes absolutely no sense when you think about it. How has a show that delves into the complexities of the human experience in such a philosophical way been on the air for four seasons? Well, the answer to that is the brilliance of Mike Schur and his hilarious writing staff, as well as one of the great comedy ensembles of our time. Actor William Jackson Harper, who plays professor of moral philosophy Chidi Anagonye, will be on hand for a lively discussion of the show’s deep themes.

“This is a series in 2019 on a major network that is completely driven by philosophical theory and existential theory,” says McFarland. “Not only that, he is a part of one of the best, unexpected relationships on television. So, I’m sure he will have a lot to say.”

Each event is ticketed separately, so make sure to head over to splitscreensfestival.com for more information on all of the events.